Business   In Other News  08 Apr 2018  Govt slaps anti-dumping duty on import of phosphorus pentoxide from China
Business, In Other News

It is used as a powerful desiccant and dehydrating agent and is a useful building block and reagent in the chemical industry. 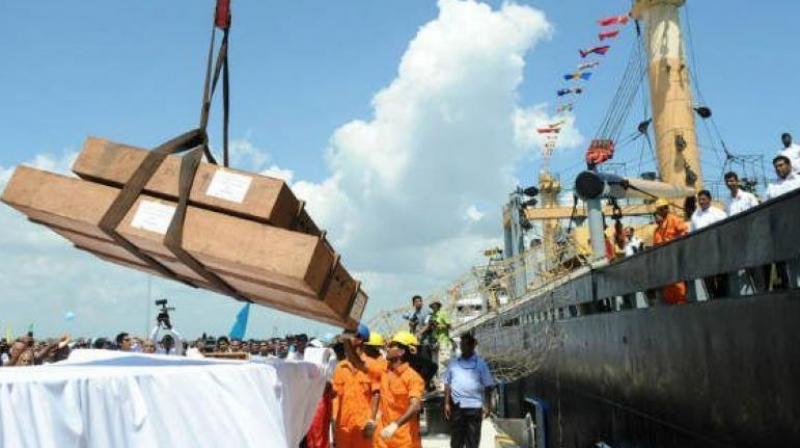 USD 1,685.42 per metric tonne has been imposed on import of Phosphorus Pentoxide from China.

New Delhi: The revenue department has imposed anti-dumping duty on import of a chemical from China to protect the domestic manufacturers from cheap shipments.

As per a notification of the Central Board of Excise and Customs (CBEC), anti-dumping duty of USD 1,685.42 per metric tonne has been imposed on import of Phosphorus Pentoxide from China.

The duty has been imposed for five years. Phosphorus Pentoxide is used as a powerful desiccant and dehydrating agent and is a useful building block and reagent in the chemical industry.

Acting on a complaint of Sandhya Dyes & Chemicals, the Directorate General of Anti-Dumping and Allied Duties (DGAD) had carried out a probe into the imports of the chemical to ascertain if the shipments were causing injury to the domestic manufacturer of the chemical.

The probe was aimed to determine the "existence, degree and effect" of alleged dumping and to recommend the amount of anti-dumping duty, which, if levied would be adequate to remove the injury to the domestic industry.

After the investigation, the DGAD concluded that the chemical was being exported to India below the normal value and domestic industry suffered material injury on account of dumped imports.

Based on the recommendation of the DGAD, the revenue department imposed the levy on the import of the chemical from China. Countries initiate anti-dumping probes to determine if the domestic industry has been hurt by a surge in below-cost imports.

As a counter-measure, they impose duties under the multilateral WTO regime. Anti-dumping measures are taken to ensure fair trade and provide a level-playing field to the domestic industry.

They are not a measure to restrict imports or cause an unjustified increase in cost of products.