Business   In Other News  08 Jan 2017  PAN number made madetory for service taxpayers
Business, In Other News

Central Board of Excise and Customs continues to do the groundwork with April 1 as the target. 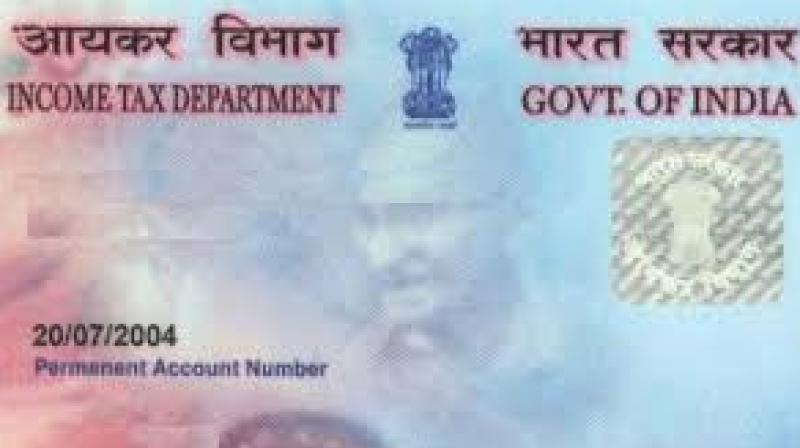 CBEC has also asked its field offices to launch awareness campaign and outreach programmes to facilitate migration of all excise and service taxpayers to the GST network by January-end.

New Delhi: The tax department has made it mandatory for central excise duty and service taxpayers to obtain a valid PAN number before they can be migrated to the new goods and services tax (GST) set-up.

Despite the political impasse putting a question mark on the planned rollout of the new tax regime from April 1, the Central Board of Excise and Customs (CBEC) continues to do the groundwork with April 1 as the target date.

GST will subsume central excise and service tax, and CBEC has initiated the process of migrating these taxpayers to the new regime through issuance of a provisional registration number.

"Every person registered under any of the earlier laws and having a valid PAN shall be issued a certificate of registration on a provisional basis," CBEC said in an order. For excise and service tax assessees without a valid PAN number, CBEC said "the assessee needs to obtain the PAN number and update the registration details on the ACES portal before the assessee can be migrated to GST".

CBEC has also asked its field offices to launch awareness campaign and outreach programmes to facilitate migration of all excise and service taxpayers to the GST network by January-end.

The provisional registration, which will be generated on the basis of PAN, will be called Goods and Services Tax Identification Number (GSTIN). Also, a provisional ID and password will be provided which the excise and service taxpayers must use to log in to the GST portal -- gst.gov.in -- and fill the required details and upload the supporting documents, it said.

After providing the requisite details, an ARN (Application Reference Number) would be communicated to the assessee by GSTN (GST-Network). Once an ARN is communicated, the assessee "would migrate to GST on the scheduled GST rollout date with the issue of provisional certificate", it said, adding that CBEC is making all-out efforts for smooth implementation of GST by April 1, 2017.

It further said that in the GST regime, one unique registration for a single PAN will be issued and the existing assessees will be given one provisional ID per state where the place of business is registered in the current excise or service tax regime. The remaining registrations in a state could be added as additional place of business on the GSTN portal.

The government is looking to roll out GST by April 2017, but issues like jurisdiction over assesses and taxation rights over high seas have become sticking points at the GST Council deliberations. The Council will meet on January 16 to thrash out a consensus on the vexed issues.