ITC a puzzle for value hunters 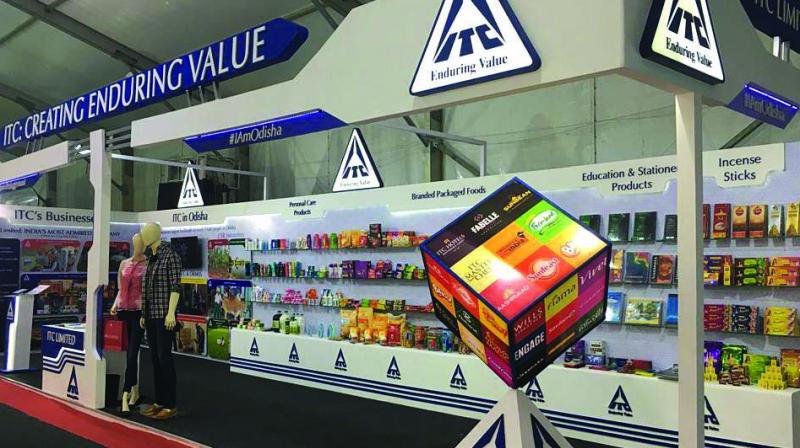 Mumbai: Cigarette business proved to be a drag on ITC's overall business growth in the first quarter of FY19-20. Brokerages have set a higher target price compared to current market price of Rs 259.55 considering a re-rating of the stock with expectation that cigarette business valuation will recover to 5 year average and FMCG margin expansion.

However, due to softer first quarter performance versus its FY18-19 performance, the stock fell 1.91 per cent on the BSE on Monday and touched a new 52 week low of Rs 257.60 in the intra-day trade.

"Despite over two years since the last GST hike, cigarette business earnings growth traction before taxation doesn't seem to be improving beyond high single digits. Risk of sharp GST increase in subsequent council meetings, after the lull and potential increase in advalorem GST rates, further presents risks to the already modest earnings prospects over the next two years. While ITC trades at a discount to Indian FMCG peers, it is actually at a premium to global cigarette majors," analyst from Motilal Oswal said.

Due to recent underperformance the stock may have limited down side said another analyst.

"We continue to see lack of triggers along with higher risks to ITC's earnings and believe the slowdown of cigarette volumes and a possible tax hike (after two years of stable taxes) pose downside risks to our 9-10 per cent earnings forecast for FY20-22E.

The recent stock underperformance limits downsides, but a tax increase in the near term would be negative, putting further pressure on its volumes," said analyst from Emkay Global Financial Services.