A proposal to withdraw the bill was on Tuesday moved by Minister of State for Finance Pon Radhakrishnan. 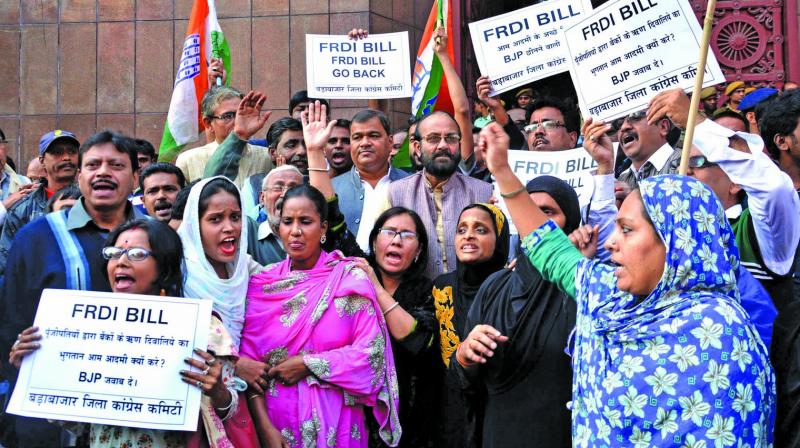 Nearly a year after introducing it in the Lok Sabha, the government today withdrew the Financial Resolution and Deposit Insurance (FRDI) Bill following widespread concerns over certain provisions in the proposed legislation.

New Delhi: Nearly a year after introducing it in the Lok Sabha, the government on Tuesday withdrew the Financial Resolution and Deposit Insurance (FRDI) Bill following widespread concerns over certain provisions in the proposed legislation.

There have been concerns over the proposed 'bail-in' clause to resolve a failing bank and insurance cover on bank deposits. The bill was introduced on August 10, 2017 in the House and then referred to the Joint Committee of Parliament.

The FRDI Bill sought to make an enabling law for creation of an independent resolution corporation to carry out speedy and efficient resolution of financial firms in distress, among others.

Finance Minister Piyush Goyal had informed the committee about various reasons for deciding to withdraw the bill. The stakeholders, including the public, have raised apprehensions relating to the provisions of the FRDI Bill like the use of bail-in instrument to resolve a failing bank and the adequacy of deposit insurance cover, Goyal had told the panel.