In an earlier study, Mercom had reported that the solar industry seemed to be progressing at a sluggish pace in the light of the LS elections. 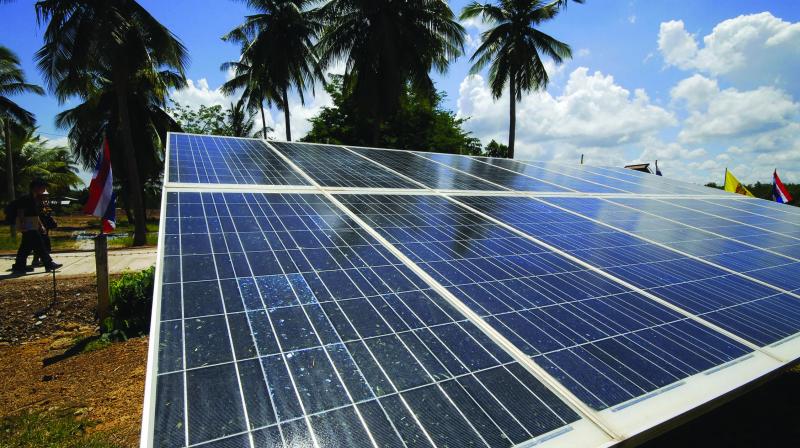 The ongoing general elections seem to have taken its toll on the country’s solar sector.

Kolkata: The ongoing general elections seem to have taken its toll on the country’s solar sector. In what is seen as a new low in the India’s domestic solar sector, not a single solar auction was conducted in April 2019. This, despite 799 MW of solar photovoltaic (PV) capacity was tendered in the same month. Several engineering procurement construction (EPC) tenders were also announced in April 2019, according to India Solar Tender Tracker from Mercom Capital Group. In an earlier study, Mercom had reported that the solar industry seemed to be progressing at a sluggish pace in the light of the Lok Sabha elections.

Significantly, the Solar Energy Corporation of India (SECI) issued a Request for Selection (RfS) for 500 MW (Phase I) of grid-connected solar PV projects in Tamil Nadu on a Build Own Operate (BOO) basis. The Tamil Nadu Generation and Distribution Corporation Limited (TANGEDCO) will buy power from the above project.

SECI will enter into a power purchase agreement with the successful solar project developers for 25 years. It has set the upper ceiling tariff at Rs 2.85 ($0.041)/kWh.

The other major tenders announced during this time included the tender by NTPC for the turnkey installation of 3 MW of solar PV power projects at its Kahalgaon unit, located in Bhagalpur district of Bihar and another tender by the Rajasthan Electronics and Instru-ments Ltd to set up 1.7 MW of solar PV projects with battery energy storage system in the Andaman and Nicobar islands.