Business   In Other News  07 May 2018  Asian jet fuel buyers paying the highest premiums to get supply since 2008
Business, In Other News

The Asia Pacific region makes up over one-third of the global air passenger market. 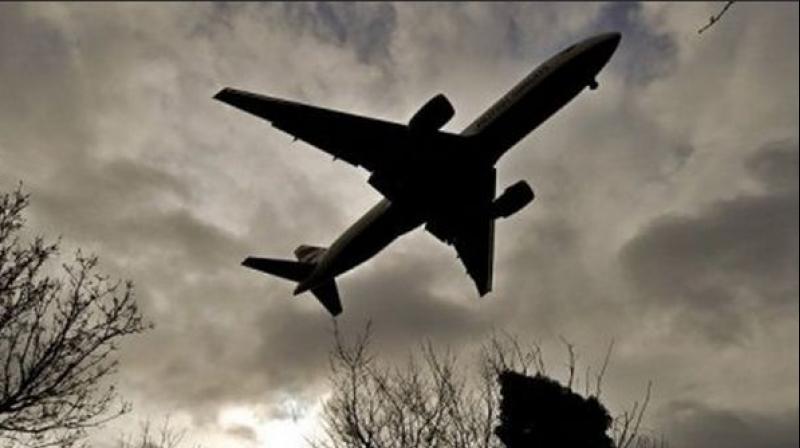 The booming aviation market has also pushed up the profit margins.

Singapore: Asian jet fuel buyers are paying the highest premiums for this time of year in 10 years as new and expanded airports in the region push its consumption to new highs.

The premium for jet fuel cargoes in the Asian trading hub of Singapore was USD 1.01 a barrel above benchmark quotes on Friday, the highest for this time of year since 2008, according to data on Thomson Reuters Eikon.

The booming aviation market has also pushed up the profit margins, known as cracks, refiners make from producing jet fuel to their highest since early 2015.

Demand for jet fuel, which is composed of the middle distillate fuel kerosene that is also used for heating, was expected to ease after the winter heating season, but consumption has stayed strong on a jump in orders from the aviation industry. The demand earlier this winter drove the jet fuel/kerosene premium to USD 2.28 a barrel Feb. 27, the most since May 2008.

The Asia Pacific region makes up over one-third of the global air passenger market, gaining on average a bit over 1 per cent in global market share per year.

The current run of seasonal oil refinery maintenance in Asia has added to the pricing pressure by curtailing the supply of jet fuel available to the market.

There is 2.46 million barrels per day (bpd) of Asian oil refining capacity planned to undergo maintenance in May, according to data from consultants Energy Aspects.

That is nearly equal to the crude oil demand of South Korea. This supply tightness is occurring as travel demand in country’s like China and India spur more jet consumption.

Lagging slightly behind India and China, but still seeing strong expansion thanks to economic growth and rising tourism figures, is Southeast Asia. Singapore’s DBS Bank expects passenger growth for the Association of Southeast Asian Nations (ASEAN), home to more than 600 million people in 10 countries, to be around 6 per cent in 2018.

The general boom in demand is a boon for refiners. Asia’s jet fuel crack was at USD 15.75 per barrel above benchmark Dubai crude, more than 50 per cent higher than a year ago. The cracks peaked at USD 18.03 in February.

For all of 2018, Sukrit Vijayakar, director of energy consultancy Trifecta, said he expects an average jet fuel crack of USD 16.50 per barrel.  While an advantage for refiners, the high jet fuel prices threaten airline profits, for whom fuel is by far the biggest cost factor.

“We are on track to post a profit in 2018, but (this) will depend on the fuel price going ahead,” said Pahala Mansury, chief executive of Indonesia’s state-owned carrier Garuda (GIAA.JK), this week.