Business   In Other News  07 Feb 2017  FM to discuss various financial sector reforms
Business, In Other News 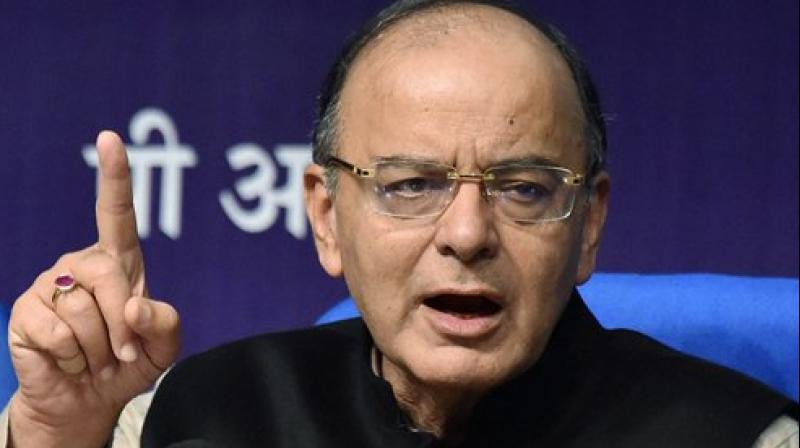 The minister would address the board of Sebi and RBI in Delhi on February 11, sources said. Jaitley, who presented the Budget on February 1, is likely to inform the boards of both the regulators about various financial sector reforms announced including creating a six-member Payments Regulatory Board in the RBI, headed by its Governor, as part of bringing about structural reforms in the payment eco-system.

Besides, the Budget proposed an amendment to the RBI Act to enable the issuance of electoral bonds. It also proposed allowing listing of security receipts issued by asset reconstruction companies on stock exchanges to enhance capital flows into the securitisation industry and check bank non-performing assets (NPAs).

Also, he proposed to infuse Rs 10,000 crore in public sector banks in the next fiscal and more will be provided if required. With regard to capital markets, the minister announced a paperless online mechanism for registration as brokerage firms, mutual funds, portfolio managers and other market intermediaries and linking demat accounts with Aadhaar.

He also announced that commodities and securities derivative markets would be further integrated by integrating the participants, brokers and operational framework. Sebi, RBI and CBDT would jointly put in place systems and procedures for a common application form for registration, opening of bank and demat accounts and issuing PAN for Foreign Portfolio Investors (FPIs).

In order to strengthen IPO market and channelise more investments, Jaitley has proposed to allow "systemically important" NBFCs, regulated by RBI to be categorised as Qualified Institutional Buyers (QIBs).

Presently institutions such as banks and insurance companies are categorised as QIBs by Sebi. They are eligible for participation in IPOs with specifically earmarked allocations.