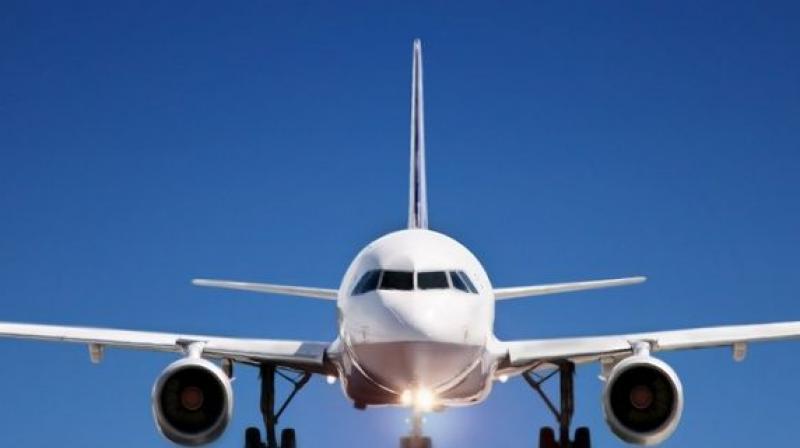 In the first 8 months of FY2017, the passenger traffic saw a year-on-year growth of 19 per cent, aircraft traffic by 15 per cent and cargo traffic by 9 per cent. (Representational image)

Mumbai: Demonetisation saw a moderation in the growth of air passenger traffic at  22.6 million or 19 per cent in November over the corresponding period last year, though the growth remains a healthy 3 per cent month-on-month and 19 per cent year-on-year  reflecting the continuing overall positive growth trajectory.

The aircraft traffic growth also reported slight moderation on y-o-y basis, however on m-o-m basis it reported decline of 2 per cent in November 2016 as against 7 per cent  growth in October 2016.

In the first 8 months of FY2017, the passenger traffic saw a year-on-year growth of 19 per cent, aircraft traffic by 15 per cent and cargo traffic by 9 per cent.

However on a month-on-month basis cargo and aircraft traffic witnessed a decline of 12 per cent and 2 per cent respectively in November 2016.

On the airport front, non-metro airports saw showed a 22 per cent growth and metros cities recorded a year-on-year growth of 17 per cent according to ICRA.

Mr. Harsh Jagnani, vice president and sector head for corporate ratings, ICRA said that the domestic traffic (both passenger and aircraft) continues to dominate the total traffic at 22 per cent, which constitutes over 78 per cent of the total passenger traffic in the country as of November 2016 and aircraft traffic at 16 per cent year-on-year respectively, in November 2016, significantly higher than the 8 per cent and 6 per cent growth reported in international passenger and aircraft traffic respectively. Nineteen of the top 20 airports showed double digit growth with both metro cities and non-metro cities showing y-o-y growth of 17 per cent and  22 per cent respectively.