Business   In Other News  06 Sep 2020  Aatmanirbhar shipping: Centre asks major ports to use only Indian made tug boats
Business, In Other News

Aatmanirbhar shipping: Centre asks major ports to use only Indian made tug boats 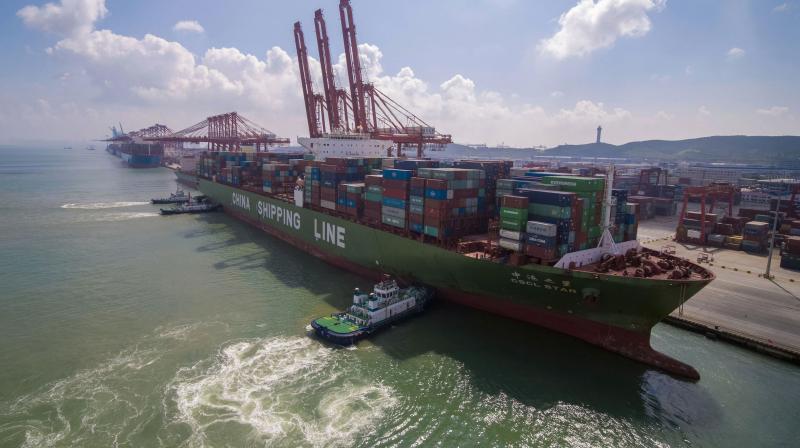 New Delhi: To revive the Indian shipbuilding industry, the government has asked all major ports to procure or charter tug boats that are made in India, the Ministry of Shipping said on Friday.

"The Ministry of Shipping has directed all major ports to procure or charter tug boats which are only made in India. The all procurement being done by major ports would now need to be carried out as per the revised 'Make in India' order," the ministry said in a statement.

A tug boat is a boat which helps in mooring or berthing operation of a ship by either towing or pushing a vessel towards the port.

It said the move is aimed at promoting Indian shipbuilding industry and talks are also on with some countries for "Make in India shipbuilding".

"It is a step towards bolstering the revival of Indian shipbuilding and a big move towards Aatmanirbhar Shipping in Aatmanirbhar Bharat. The government will try to create an ecosystem for shipbuilding, ship repair, ship recycling and flagging in India," Mandaviya said.

The statement said it is proposed to set up a Standing Specifications Committee under Managing Director, Indian Ports Association, and comprising representatives from Cochin Ship Yard Limited (CSL), Shipping Corporation of India (SCI), Indian Register of Shipping (IRS) and Director General of Shipping in this regard.

Standing Specifications Committee would shortlist around five variants/ types of tugs and prepare a 'Approved Standardized Tug Design and Specifications (ASTDS)', it said.

These standards would be vetted by the Standing Specifications Committee and, thereafter, certified in-principle by IRS and published by the Indian Ports Association on its website, it added.

The ministry will also provide some window to major ports so that construction time would be availed.

Recently, the government owned Cochin Shipyard Limited has also been successful in grabbing the order for two automated vessels from the Norwegian Government.

These will be the first of its kind unmanned vessels.

The ministry said various decisions taken by it will turn around the shipbuilding sector in the near future.