Banks are grappling with high deposit costs and are also burdened with about $150 billion in stressed assets. 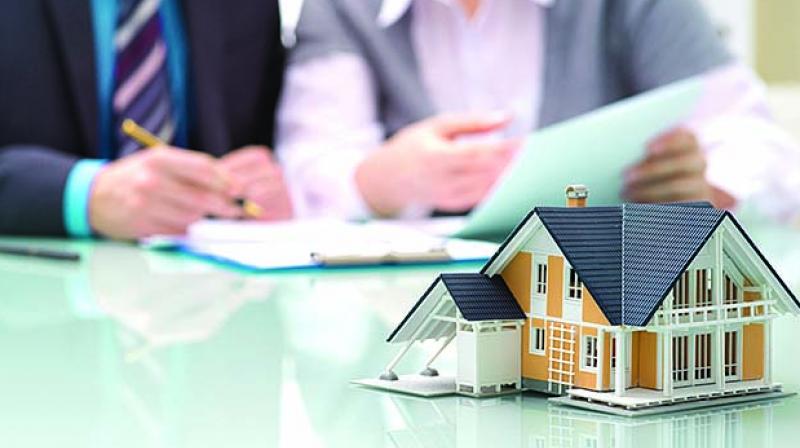 Shares of housing finance companies (HFCs) fell sharply after Reserve Bank of India directed all categories of lenders to link their loan interest rates to an external benchmark from next month coinciding with the festive season.

Mumbai: Shares of housing finance companies (HFCs) fell sharply after Reserve Bank of India directed all categories of lenders to link their loan interest rates to an external benchmark from next month coinciding with the festive season.

As policy rate changes have not been fully incorporated into the lending rate of banks under the current MCLR framework, the RBI on Thursday issued a circular making it mandatory for banks to link all new floating rate personal or retail loans and floating rate loans to small and medium enterprises to an external benchmark effective October 1.

Bankers and analysts said linking loans to an external benchmark is unlikely to achieve the intended goal of reducing interest rates sharply for consumers anytime soon.

“Rates may come down by a few basis points (bps), but it’s not that home loans, which are in the range of 8-9 per cent, will reduce to 6 per cent,” said the Chief Financial Officer of a private bank, requesting anonymity.

“This is because banks are going to increase their spreads to manage their cost of funds as well,” he added.

Banks are grappling with high deposit costs and are also burdened with about $150 billion in stressed assets.

Banks argue that their cost of deposits cannot be re-priced in the short-term and they will have to rely on spreads to protect their margins.

“For several banks most of their funds are in public deposit where the rates cannot be reduced overnight or else the banks will suffer adversely on net interest margin. Therefore, the only option is to have the spread as a buffer,” said the retail head of another public sector bank.

While bankers agree that transmission will surely be faster compared to the existing regime, they warn that it also means that consumers will be hit by rising interest rates faster when the rate cycle turns.

There are also concerns about how the new policy will be implemented.

“India’s banking system’s liability side is not equipped to handle such a structural transformation ... so to expect banks to borrow fixed and lend floating rate, especially at rates linked to an external benchmark, may not be practical,” Suresh Ganapathy of Macquarie Capital Securities said in a note.

Banks having home finance portfolio also declined with ICICI Bank losing 2.16 per cent and State Bank of India, 0.65 per cent.

“This (benchmarking) would primarily impact the housing loans segment (over 13 per cent of bank credit) which has variable interest rate, as vehicle or any other asset financing generally has a fixed interest rate,” Care Ratings said.

“Further given the declining interest rate scenario and competitive pressures, HFCs are likely to face volatility in their customer base and cede a portion of the market share to the banks." Care Ratings added.

The RBI move is expected to ignite competition in the home loan market between the HFCs and the banks.