Rainfall deficit narrows to 7 per cent

The rainfall deficit was around 30 per cent at the start of July. 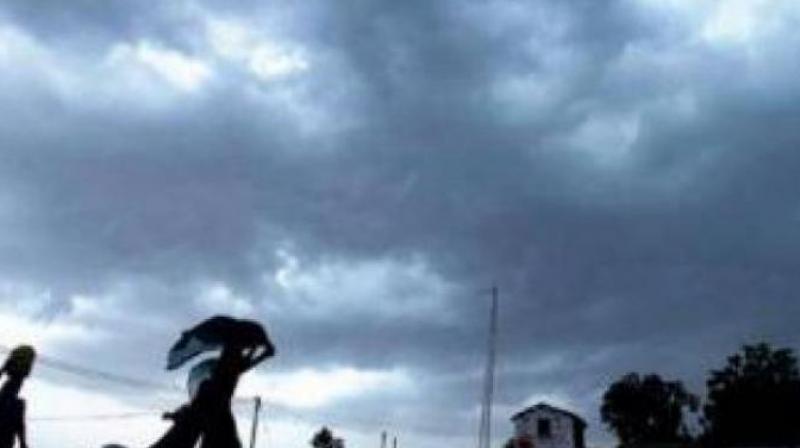 The IMD has also predicted normal rains for the last two months of the season - August and September.

PUNE: India's overall rainfall deficit on Monday narrowed to 7 per cent, with heavy monsoon rains last week. This will be further reduced to about 4 per cent by August 8-9 with widespread showers intensifying throughout the country.

The rainfall deficit was around 30 per cent at the start of July.

The IMD has also predicted normal rains for the last two months of the season - August and September.

Monsoon rains are the lifeblood of India's $2.6 trillion economy, spurring farm output and boosting rural spending to buy goods from phones, refrigerators to automobiles and tractors.

The weather man said a low pressure area has formed over north Bay of Bengal and adjoining coastal areas of Bangladesh & West Bengal. It is likely to become more marked during next 48 hours. Monsoon trough continues to pass along its near normal position. It is likely to remain active during next 3-4 days, he pointed out.

The IMD said quantitatively, the rainfall over the country as a whole during the second half of the season in August and Sept is likely to be 100 per cent of the long period average (LPA) with a model error of plus or minus 8 per cent.

During July 25 to 31, rains were 42 per cent above long period average (LPA) for country as a whole, clocking one of the best weeks in the 2019 monsoon season. Northwest & Central India also received above LPA by 50 per cent & 85 per cent respectively.

Till last week, planting of Kharif crops such as rice, pulses, coarse cereals covered 78.85 million hectors as compared to 84.42 million hectors during the same period last year, the Ministry of Agricultural data showed.