Business   In Other News  06 Aug 2018  Auto components industry seeks uniform 18 pc GST on all products
Business, In Other News

Currently 60 per cent of the components attract 18 per cent GST rate. 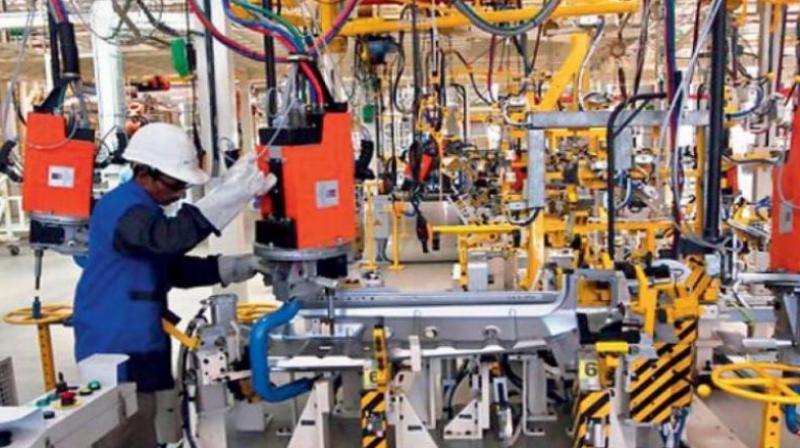 Auto component industry on Monday sought uniform 18 per cent GST across the sector stating that low taxation would lead to better compliance and larger tax base.

New Delhi: Auto component industry on Monday sought uniform 18 per cent GST across the sector stating that low taxation would lead to better compliance and larger tax base.

The industry, which reported a growth of 18.3 per cent to Rs 3.45 lakh crore in 2017-18, said the lower tax levy would also help in curtailing flourishing of grey operations in the aftermarket. "One of the key demands of the industry has been a uniform 18 per cent GST rate across the auto component sector.

"There is a critical need for creating a fund to support indigenous R&D and technology creation in the component industry as also for technology acquisition from other parts of the world," he added. Besides, it also sought a clear technology agnostic road map for the electric mobility in the country.

"As we prepare for the introduction of electric mobility in the country, a well-defined, technology agnostic road map with clear responsibilities of each stakeholder will go a long way in ensuring a smooth roll out as also leading to creation of a local supply base for the same," Minda said.

The industry body also advocated for notification for change in the micro, small and medium enterprises (MSME) definition as that would allow for larger number of companies to avail government incentives.

The automotive component industry contributes 2.3 per cent to India's GDP and has a share of 4 per cent in the country's overall exports.