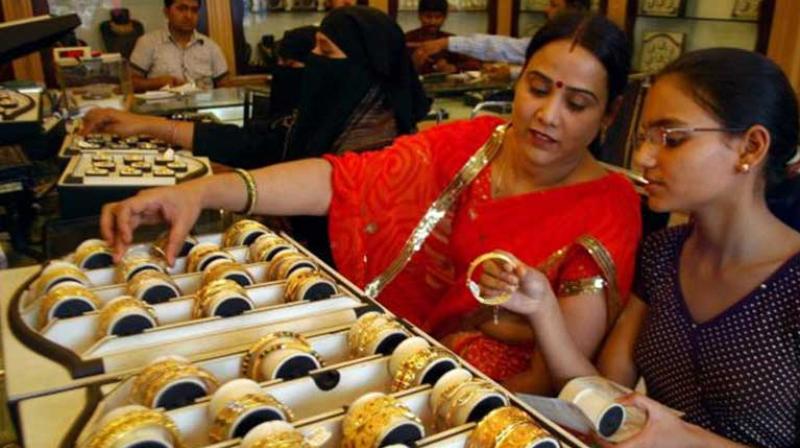 Chennai: Shipments of gold jewellery and bars in April and May via Cochin Special Economic Zone (SEZ) has shot up multiple times. The same from other such enclaves in the country has, however, come down marginally, exposing a huge disparity.

In April and May, SEZs across the country imported gold bars worth $1,381 million, up by a big 917 per cent from $135 million in the same period last year. Of this, Cochin SEZ alone accounted for $1,228 million.

On the other hand, gold jewellery exports from all the SEZs in the two months under study went up by 170 per cent to $1,625 million from a meagre $601 million in the corresponding period last year. Out of these, Cochin SEZ alone accounted for $1,181 million. In import of gold bar, Cochin SEZ had 89 per cent share and in gold jewellery exports, it had 73 per cent share, as per the data from Gem & Jewellery Export Promotion Council (GJEPC).

The total gold jewellery exports by SEZs and export processing zones (EPZs) went up by 179 per cent in May and 129 per cent in April, thanks to a big growth in shipments via Cochin SEZ.

During the same months, exports from domestic tariff area (DTA) were 12 per cent and 20 per cent down, respectively. GJEPC acknowledged that the growth in exports and imports via SEZs was mainly due to the activity in Cochin SEZ.

Industry experts pointed out that the trend of growth or decline trend in SEZs and DTA should be largely similar if there are no regulatory restrictions on exports from any one of the entities. In April and May, there was no such change that can lead to such huge disparity.

In Cochin SEZ, Rajesh Exports is the only major jewellery exporter accounting for most of the jewellery exports, said Ajay Kumar, assistant development commissioner of Cochin SEZ. “Rajesh Exports has five units in the zone and the company has been making good growth,” he said. He, however, could not explain why the growth went up in April and May specifically.

Talking to Financial Chronicle, Rajesh Mehta, CMD of Rajesh Exports, said that Eid sales had gone up by 10 -15 per cent. “Eid was good. Initially there were issues with regard to introduction of VAT in Dubai. But things have now settled down,” he said.