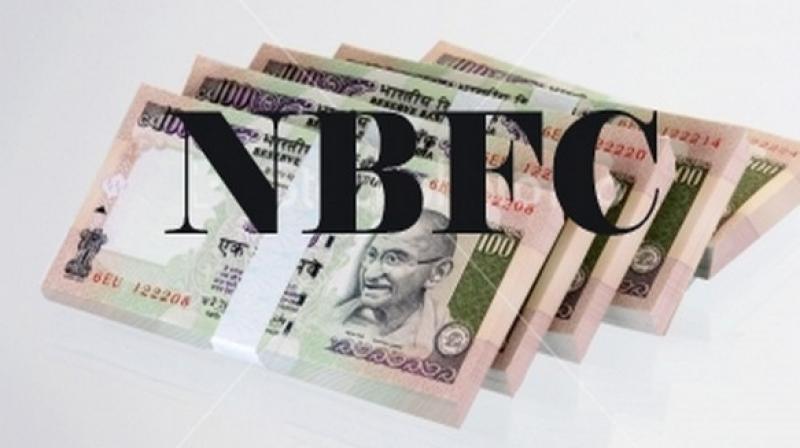 The earnings growth revival in the capital markets is getting pushed farther. (Photo: ANI)

Non-bank lenders, by whatever name they are called, are an important driver of economic growth. They help in keeping current consumption higher by lending money against tomorrow’s earning streams. One can argue that what is being repaid to them every year is also a cause for reduction in consumption. It is a cycle of lending, consumption and repayment that is endless. Any speed bumps and the cycle is broken. I do not wish to argue whether this is a virtuous cycle or a vicious cycle, except for pointing to Polonius in Hamlet, whose philosophy (Neit-her a lender nor a borrower be) I fully support.

However, the world is driven by consumption. The magic word is ‘growth’ in the economy. Produce more, sell more, consume more. This is the virtue that the world has adopted as its mission and vision. And the lending community is one of the biggest enablers of this. India is a late entrant to the club of personal borrowing, but the culture is spreading. In a couple of generations, I see borrowing become a very socially accepted trait. Today, there still are some remnants of earlier generations who think that borrowing is a sin.

So, let us say “Long Live the Lenders” for they are the prime movers of economic progress. How are the lenders funded? Banks get depositor money and also borrow through bonds. They also raise equity capital from time to time. Unfortunately, they also pay dividends, which leads to a reduction in resources for lending. Ho-wever, since some “owners’ want an income and the capital markets seem to demand dividends, it is almost unavoidable.

The non-bank lenders have very few avenues to raise resources. They get a return on shareholder money by leverage. In other words, they borrow money lend it at higher rates and the spread increases the return on shareholder money. Of course, the returns get severely impacted when a loan goes bad. One rupee of bad debt can wipe out the earnings on `20 to `100 rupees of  ‘good’ loans!

Non-banks borrow from their competition (banks), mutual funds, insurance companies and institutional investors. They do not have the luxury of being able to match the tenure of their loans with the borrowings. This means that they have to remain ‘healthy’ enough to be able to keep borrowing. When you and I borrow, we keep aside or repay a fixed amount and bring our liability to zero. A lender never brings his liability to zero, because that would mean he has shut his business. He also wants to grow. So, he has to keep borrowing increa-sing amounts every year so that he is ‘growing’.

The lender continues to keep lending. He is confident of borrowing more and more. A new loan that is larger than the old one helps. Repayment is just a part of a larger borrowing programme. The industry is such that dynamics are constantly changing. Business models are ever changing. Whether it be a loan for a consumer durable or loan against promoter shares, there are takers. The books do not publicly reveal the asset composition. So, the lender has to go by non-public information which may not always be measurable.

The other characteristic of this business is that by the time any problem surfaces to public viewing, it is generally beyond repair. Managements try to hide things and only when their hopes are dashed, do the problems come to surface. And once time lapse has happened, the repayment chances recede in an accelerating fashion.

In spite of all this riskiness, this sector is the sector of hope and growth. We can easily see that by the fact that this sector accounts for 40 per cent of the stock market indexes.

The important thing that keeps the cycle of lending and funding going is faith and hope. Once there is some bad news, then fear slips in. And it is very contagious. And the shyness of the lenders can be a self-fulfilling action. This is what seems to have been triggered off by the happenings in DHFL.  Now, everything from rating agencies to safety of money in the finance sector is being questioned. This can lead to panic and shrinking of the loan books. In other words, if the loan books shrink, the buying of cars, durables and whatever else they finance, will reduce.

This is a large part of our economy. So overall growth may get negatively impacted. The earnings growth revival in the capital markets is getting pushed farther.

One set of companies, whose funding lines continue undisturbed, will be the gainers. In a shrinking pie, these will grab more business. So, if there is a broad fall in the prices of stocks of NBFCs, the good ones may become interesting. Given the fact that most of the lenders earn RoE of less than 15 per cent, a price that is up to two times book value, may be a fair value. This is my view. Of course, each company will have its own strengths and weakness. The next two quarters are going to be challenging for this sector. One need not rush in to buying. Take time, evaluate and be slow. It may just happen that too many of us think alike and prices do not fall. Do not get taken in by recent 52 week high-low price charts. Value each one independently.

The writer is a veteran investment adviser.  He can be contacted at balakrishnanr@gmail.com