RevPAR is arrived at by dividing a hotel's total guestroom revenue by the room count and the number of days in the period. 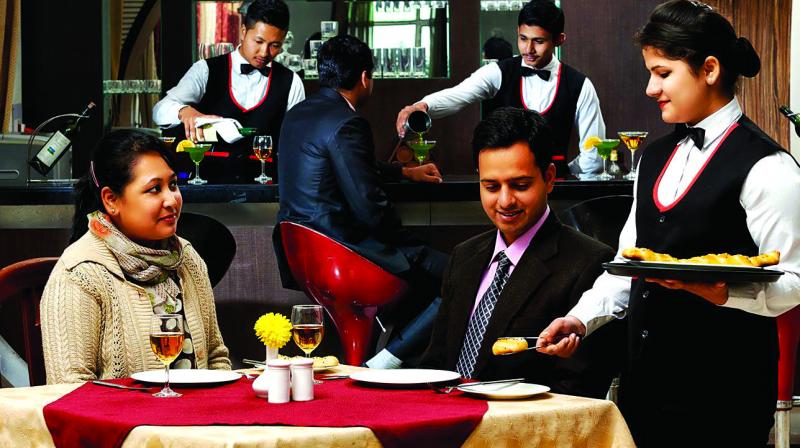 According to JLL’s Third Quarter Hotel Momentum India (HMI) report, nine out of top cities witnessed a rise in RevPAR performance during the July-September 2019 period.

Chennai: The reduction in GST rates have started working for the hospitality industry, with nine out of top 11 markets seeing better performance in terms of revenue per available rooms (RevPAR) and average daily rates (ADR).

According to JLL’s Third Quarter Hotel Momentum India (HMI) report, nine out of top cities witnessed a rise in RevPAR performance during the July-September 2019 period.

Bengaluru was the leader in RevPAR growth as it saw 12.4 per cent year-to-date rise and 11 per cent growth in Q3 over the same period last year. Gurugram witnessed 11.9 per cent YTD and 9.5 per cent Q3 growth. Hyderabad, too, saw 11.1 per cent and 6.9 per cent growth, respectively.

RevPAR is arrived at by dividing a hotel's total guestroom revenue by the room count and the number of days in the period. ADR is calculated by taking the average revenue earned from rooms and dividing it by the number of rooms sold.

Eight of the top 11 cities witnessed an increase in ADRs in Q3 2019. Bengaluru witnessed 7.9 per cent growth in ADR in Q3, Hyderabad 6.9 per cent and Gurugram 5.6 per cent over the same period last year. At 2.4 per cent, Gurugram was the leader in occupancy growth for Q3 2019.

Government had recently reduced GST from 28 per cent to 18 per cent for premium and luxury hotels with room tariffs of Rs 7,500 and above. For hotels with tariffs below Rs 7500, the GST rates were brought down from 18 per cent to 12 per cent. This had mainly contributed to the growth in RevPAR across top Indian markets. Ahmedabad and Goa have been the only exception to the trend.

“First nine months of the year (January-September 2019) have been exciting for the entire industry,”said Jaideep Dang, Managing Director, Hotels and Hospitality Group, India, JLL. “The industry is hopeful that a similar momentum will be maintained in 2020 as well,” he added.

In Q3, the country witnessed a total of 36 hotel signings, comprising 2,867 keys as compared to 35 hotels comprising of 3,422 keys in the same quarter last year. Upscale and midscale hotel brands contributed the maximum to the signings.

Domestic hotel operators dominated signings over International operators with the ratio of 67:33. In line with an overall increasing trend, 15 per cent of new signings were conversions of old hotels.