Business   In Other News  05 Aug 2019  Natural rubber prices to remain under pressure
Business, In Other News

When it comes to imports of rubber products, the volume and value are on the rise as well. 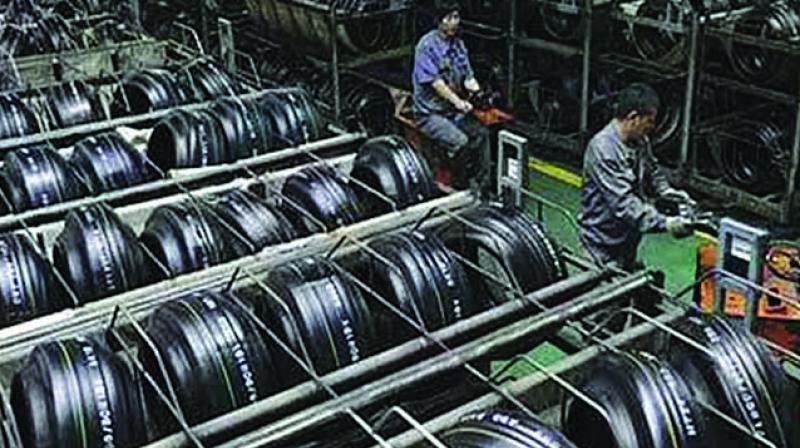 When it comes to natural rubber, there has been a subdued demand from domestic stockists amid expectations of a rise in supply in the coming days.

Kolkata: Like many other sectors, there is a demand dearth in the rubber sector as well. Given the present state of affairs in the automobile sector, demand has understandably been tepid from the tyre makers. When it comes to natural rubber, there has been a subdued demand from domestic stockists amid expectations of a rise in supply in the coming days.

The ratio of natural rubber to synthetic rubber consumed in 2018 was 47:53. Globally, the top 10 consumers of rubber in 2018 were China, India, the United States, Japan, Thailand, Indonesia, Malaysia, Brazil, Vietnam and Germany.

It is understandable that India’s natural rubber imports have been high in recent years, staying above the 4,00,000-tonne mark, on the back of rising consumption, which has hovered around the 1-million-tonne level, gong by the Rubber Board of India’s statistics.

When it comes to imports of rubber products, the volume and value are on the rise as well. Malaysia’s Primary Industries Minister Teresa Kok, who visited India last week, said that trade in rubber products between India and Malaysia has increased remarkably over the years.

Meanwhile, the United Planters’ Association of Southern India (Upasi) pointed out that the south Indian plantation industry in India is facing tough times thanks to low prices and high cost of production.

Upasi said that prices of natural rubber, along with tea and coffee are much below cost of production.  The planters’ association has urged the Centre to immediately intervene and address the issue and come up with a solution in favour of the planters.