Business   In Other News  05 Mar 2019  Uttar Pradesh to get 40 paise/unit cheaper power
Business, In Other News

This will translate into savings to the tune of Rs 500 crore annually. 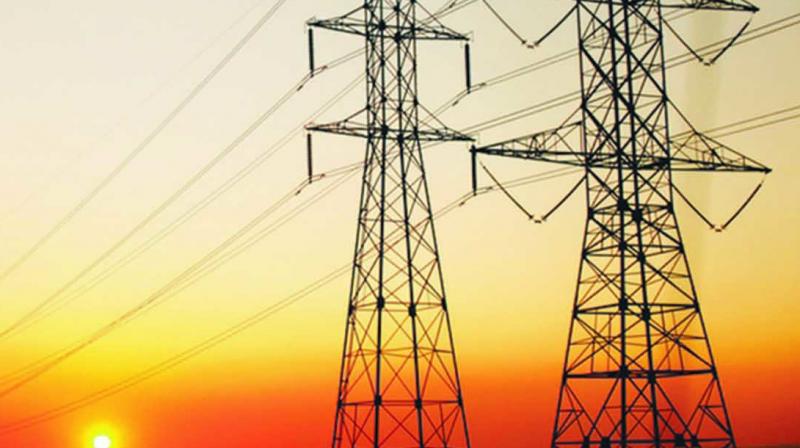 The revised PPA would also be approved by the state power regulator while disposing off the plea.

New Delhi: Uttar Pradesh Power Corporation will get 40 paise per unit cheaper electricity from Prayagraj Power Generation Company's plant at Bara in Prayagraj district, which will translate into savings to the tune of Rs 500 crore annually.

An arm of Tata Power-backed Resurgent Power Ventures, Renascent Power Ventures -- which has acquired 75.01 per cent stake in the Bara power plant -- will be offering 40 paise per unit cheaper electricity to Uttar Pradesh Power Corporation Ltd (UPPCL) under revised terms of the power purchase agreement (PPA), a source said. UPPCL is the company responsible for electricity transmission and distribution within the Indian state of Uttar Pradesh.

The revised PPA would also be approved by the state power regulator while disposing off the plea. A plea for change in ownership of Prayagraj Power Generation Company Ltd (PPGCL) is under consideration of Uttar Pradesh Electricity Regulatory Commission (UPERC), which is expected to be decided this month. The next hearing is scheduled on Wednesday.

An official source said that since the acquisition is at deep discount, UPPCL is keen on passing the benefits to consumers reeling under high energy tariffs. The average pooled power purchase cost of the UPPCL is around Rs 4.40 per unit. The UPERC has also asked UPPCL to explain the benefit that would accrue to consumers, with the takeover of the PPGCL by Resurgent Power.

Industry experts believe the average pooled power purchase cost is expected to increase in the coming months owing to increase in various taxes and duties during the last three years. In such a situation, the discount of 40 paise per unit comes as a relief for UPPCL since this discount will lead to savings of Rs 500 crore annually for the UPPCL, they said.

Besides, UPPCL would be buying 100 per cent power from plant to cater to the upcoming summer power demand surge, which would further lead to savings for UPCCL, the source said.

The Renascent Power Ventures had announced acquisition of 75.01 per cent stake in PPGCL last year in November. PPGCL was incorporated as a special purpose vehicle (SPV) on February 27, 2007, by UPPCL for setting up 1,980 MW (660X3) coal-based thermal power plant at Bara.

Uttar Pradesh power discoms had entered into a 25-year PPA for supply of 90 per cent of power output from the plant. The Uttar Pradesh government had awarded the project to Jaiprakash Power Ventures Ltd (JPVL) on March 2, 2009. The power plant was to be fully commissioned in June 2015.

However, owing to various issues faced by the project firm, the plant was delayed for more than two years leading to escalation in capital cost of the project.

In 2017, lenders led by SBI had invited expression of interest offering majority equity stake in the PPGCL.

In November 2018, Resurgent Power signed a share purchase agreement to acquire 75.01 per cent stake in PPGCL. Against the overall debt of Rs 11,086 crore and equity of Rs 3,229 crore, Resurgent Power purchased PPGCL for Rs 6,000 crore.

Resurgent Power is a joint venture between Tata Power International Pte Ltd (TPIPL) -- a wholly-owned subsidiary of Tata Power -- ICICI Bank and reputed global investors including Kuwait Investment Authority and State General Reserve Fund, Oman, set up to acquire assets in the Indian power sector. TPIPL owns 26 per cent stake in Resurgent Power and the balance 74 per cent is held by ICICI Bank and other global investors.