Builders may pass on input tax to buyers

Affordable home prices may be raised by 2-3%. 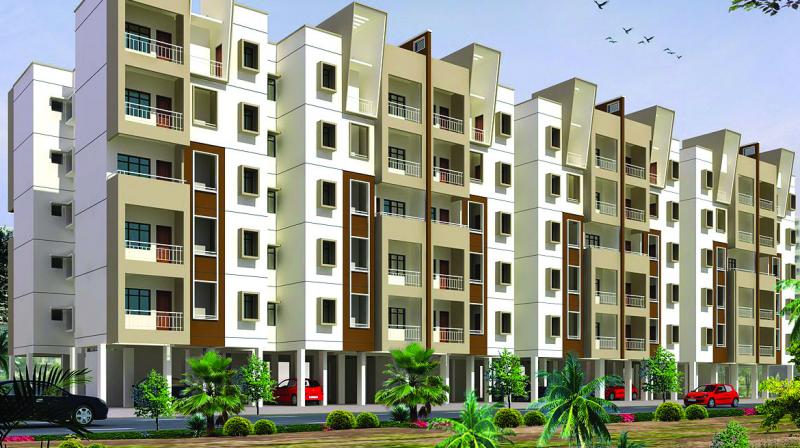 Now an effective GST rate of 5% will be applicable on the value of a non-affordable under-construction property, and not 18% on two-thirds of its value, as before.

New Delhi: Lowering the tax rates on affordable and under construction properties by the Goods and Services Tax (GST) Council may be good news for homebuyers but there is also a bad news for them as the builders are set to pass on the burden of input tax credit, or ITC, withdrawal to homebuyers.

While reducing the GST rates in the 33rd GST Council meeting recently, the government withdrew the facility of input tax credit. To offset this, it is estimated that builders may increase the house prices by 2-3 per cent. Still, home buyers will get an effective 4 per cent reduction in taxes considering that the GST on affordable houses is reduced by 7 per cent.

Housing finance companies feel that home loan borrowers will not be affected much by the withdrawal of ITC while developers sense that they may be burdened with GST payments to vendors, suppliers and agencies as well as contractors.

“With the withdrawal of the input tax credit, the builders may pass on the burden to the home buyers by increasing the price marginally. Still, the marginal increase in real estate price will be much lower than the cut in GST rates," said Vinay Sah, MD & CEO, LIC Housing Finance.

"Overall, the home loan borrowers will not be affected much by the withdrawal of ITC, and hence I advise the home aspirants that it is the right time to go for a home as the chances of real estate prices coming down further are remote in the present scenario,” Sah added.

Though the GST Council has recommended a rate cut, it restrained developers from claiming ITC on various raw materials like cement, steel and other related building materials. Generally, developers used to claim ITC and bring down their cost on these, but with developers not being able to claim ITC, a question here arises: will the overall cost change?

“Amid the already shrinking margin in business due to dynamic policies implemented by the government, we think all real estate players will face the GST payments pressure in regard to their vendors, suppliers, agencies and contractors, which in turn may end up builders increasing the cost further,” said the chief of a leading real estate firm on condition of anonymity.