CCI has to decide the relevant market for 4G and the dominant player in that market. 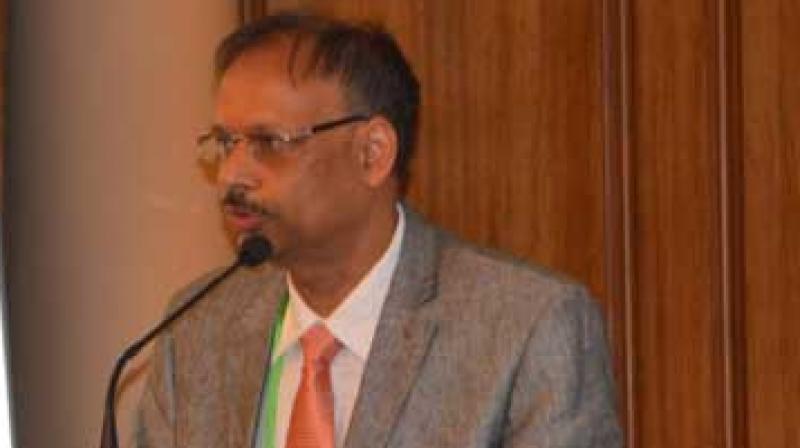 New Delhi: With the telecom sector bl­e­e­d­ing under falling tariffs, er­o­d­ing profitability, and mounti­ng debt in the face of stiff competition tr­iggered by below-the-cost tariffs and disruptive offerings of Reliance Jio, st­a­te operator MTNL has for the first time sought intervention of the Competit­i­on Commission of India and the TRAI to keep a check on predatory pricing and ensure a healthy contest among operators.

“I would blame the intensity and the nature of competition for the state of the telecom sector. Healthy compet­i­tion is a must to keep an industry via­b­le. But in telecom, competition has re­a­ched a level where everyone has forg­o­tten what the term ‘healthy’ stands for. The competition is taking place at below cost price and sub-optimal rates are being realised at the industry level wh­ich means there is a scope for revisi­t­ing by everybody. But this has to be seen by the Competition Commissi­on,” MTNL chairman and MD Pr­a­v­e­en Kumar Purwar told Financial Ch­ro­n­i­cle in an exclusive interview.

Purwar said in a way echoed what Fi­nance minister Arun Jaitley had said at a recent CCI event where the TRAI ch­airman was also present, “Excessive co­mpetition at times can result in the pr­icing of nature that the sector of the ec­onomy itself feels stressed because everybody then tends to follow the leader.”

Though the loss making MTNL is not a player yet in the 4G space for want of spectrum, below-cost tariffs haven’t spared its finances. “Below the cost pricing is not a bad practice in competition laws, rather it is predatory pricing which is considered bad. There are various parameters which have been fixed globally — you should be a dominant player (where dominance has to be established) and the dominant player should not do the pricing with an intent to eliminate all competition. It is the CCI which has to decide the relevant market for 4G and the dominant player in that market. There is a case for the CCI to look into the 4G market at least.”

According to Purwar, “A fair market regulator’s job is to see that the market functions efficiently and the sectoral regulator’s (TRAI) job is to see that the development of the market takes place in an orderly and healthy manner. There are inefficiencies in the system from the operator’s side and the regul­a­tor has to see whether there is effic­i­e­nt competition or inverted competiti­on. In the case of efficient competition, the regulator can choose not intervene but if there is a predatory scenario, then the regulator has to judge,” said the top official.” Asked if the regulator failed to judge the inefficiencies in the telecom sector, Purwar said, "No".

Last week, telcos including state operators BSNL and MTNL and private players Airtel, Vodafone Idea and Jio had met Trai chairman RS Sharma to discuss the next year’s agenda. MTNL is said to have raised the same issue with TRAI in that meeting.

Asked if he sees an arrest in MTNL’s lo­sses at some point, Purwar said, “Today no operator can give an answer on the return to profits. Given the int­e­n­sity of competition and the strength to survive in the market for marketsh­a­re, everybody is competing on the prici­ng front. The industry has lost 35 per cent of revenue in the last two years.”

Though he didn’t name RJio as the re­ason behind state of the industry, the ti­me period he referred to inflicting the biggest damage was indicative of the entry of the Ambani company. However, Purwar was quick to add, "I won’t blame anybody."