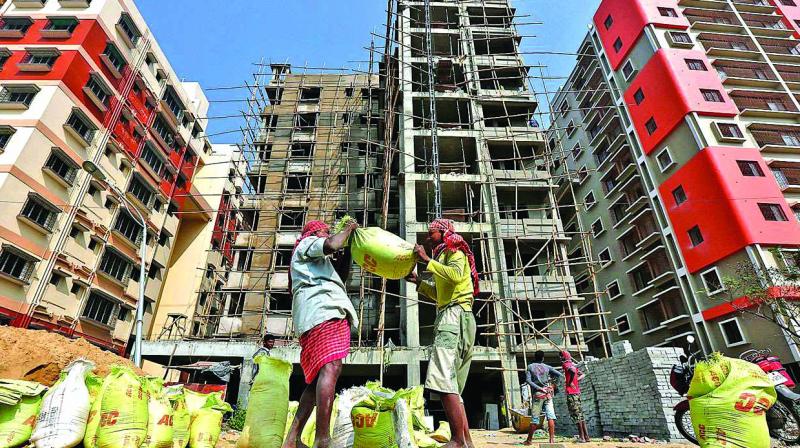 Housing sales dropped 22 per cent in Mumbai to 5,063 units from 6,491 units, followed by Hyderabad that saw 16 per cent decline.

This is the fourth such report that has shown fall in housing sales during the third quarter of the 2019 calendar year.

PropTiger and Anarock, which are a major brokerage firms in housing segment, have reported 25 per cent and 18 per cent fall in housing sales, respectively, during July-September period. Real estate consultant JLL India, which is a dominant player in leasing of commercial properties, saw one per cent decline.

According to data analytics firm PropEquity, housing sales stood at 52,855 units during July-September 2019, down 9.5 per cent from 58,461 units in the year-ago period.

"Demand has been definitely impacted in the last quarter with buyers delaying their decisions," Samir Jasuja, founder and managing director at PropEquity said.

"The downtrend observed was mainly due to the economic slow down as well as the liquidity crisis in the market," the report said.

"Furthermore, consumers are now looking for developers with excellent track records in terms of quality and execution," it added.

As per the PropEquity data, housing sales fell in seven cities and increased only in two cities.

Chennai saw the maximum fall of 25 per cent in housing sales at 3,060 units during July-September 2019 as against 4,080 units in the year-ago period.

However, Gurugram witnessed 7 per cent rise in sales to 1,190 units from 1,112 flats and Pune saw one per cent increase to 14,669 units from 14,523 apartments during the period under review.

PropEquity, which is owned by P E Analytics, is an online subscription based real estate data and analytics platform covering over 1,15,225 projects of 32,745 developers across over 44 cities in India.