Business   In Other News  04 Jul 2017  Second opinion turns into business proposition
Business, In Other News

The company has now become one of the preferred destinations for people from semi-urban and rural areas. 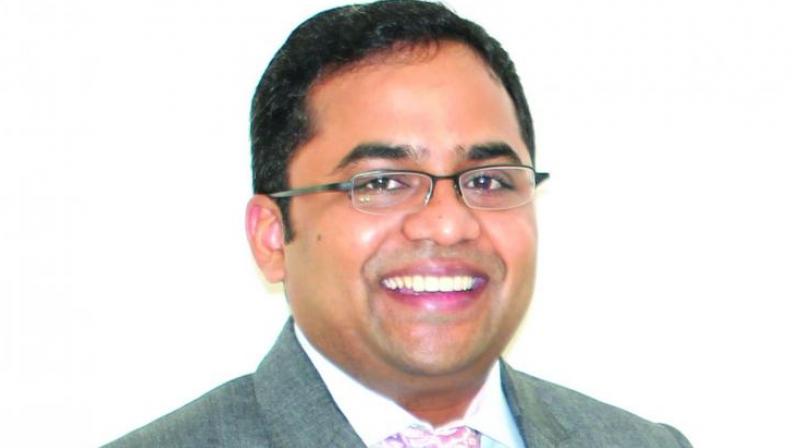 Hyderabad: Entrepreneurship lies in making an idea successful. While there could be many entrepreneurs, the trail blazers are few as they need to do something that very few have dare to do. Dr Ravuri Niranjan is one of among them.

At a time when healthcare was considered to be confined to hospitals, paramedical services, diagnostic centres, and pharmacies, he founded his company which is exclusively based on giving second opinion to anxious and bewildered patients.

“While I was working with NIMS, I realised that most people do not even know which doctor they need to approach for their ailment. So I have decided to start something that could help them,” said Dr R. Niranjan, a surgical gastroenterologist.

The result is Caremotto, which he founded to help people in zeroing on the right doctor. The company has now become one of the preferred destinations for people from semi-urban and rural areas on second opinion with respect to healthcare and surgeries.

“Many would agree that gambling with healthcare is a dangerous idea. So people often visit multiple doctors before taking a decision on surgery or a treatment procedure. And some people just do not know what to do,” he explained.
Dr Niranjan has started the company with just telephone number and a few call centre executives.

“I got some 50,000 pamphlets and got them distributed in KPHB Colony, one of biggest colonies in Asia, in Hyderabad. And slowly we started getting calls from people.”

Initially, Dr Niranjan said, we got calls from people asking how to get treatment in government sponsored healthcare system Aarogya Sri. “Once a person called to say that doctors have recommended a surgery, but he is poor and doesn’t have money, so we guide him on get funds from the CM Relief Fund.”

Caremotto — started a year and a half ago — received 41,000 calls from different parts of both Telugu states — Telangana and Andhra Pradesh — and beyond.

Though it has 14,000 people enrolled on its site, the company is yet to finalise a revenue model. “We haven’t finalised it. We are exploring a few models, which include tieing up with some good hospitals for providing them with patients or to sell health insurance policies to those who wish to buy from us.”

According to the Caremotto founder, several multi-speciality hospitals enrol themselves with government-sponsored healthcare schemes to fill their hospital beds though the charges paid by governments would be typically 65 to 70 per cent lower than the ordinary hospital charges.

“So I offered this idea to some of the hospitals. I would divert patients who are looking for affordable healthcare to them. The only precondition was the treatment should be done on fixed costs and there should not be escalation of costs. Some hospitals have agreed to perform some surgeries at fixed costs. This would be a win-win proposition for both patients and hospitals.”

If someone falls ill, the resultant hospital bills completely upset family’s financial planning. So the need of hour is an affordable healthcare along with a push for health insurance.