According to Sahoo, the resolution plans have yielded about 200 per cent of liquidation value for creditors. 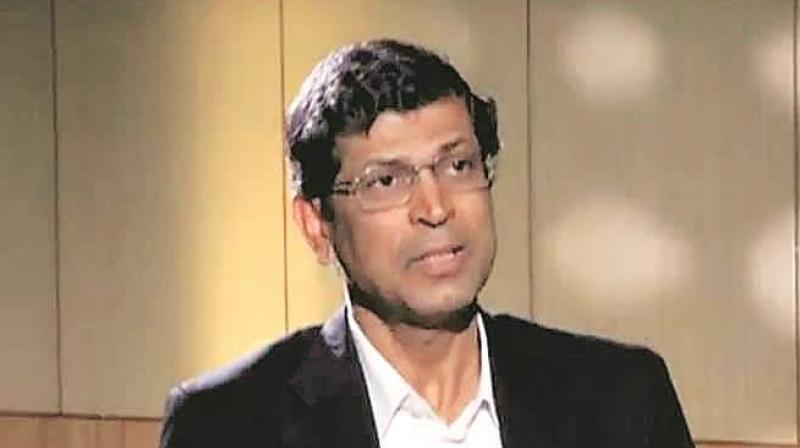 The new Insolvency and Bankruptcy Code has the potential to reduce incidences of bad debt across the country, as the fear of losing control of companies will force promoters to operate efficiently and avoid defaults. Further, it encourages debtors to settle default with the creditors at the earliest, preferably outside the Code, says M S Sahoo, Chairperson, Insolvency and Bankruptcy Board of India, in an exclusive interview to Ashwin J Punnen of Financial Chronicle.

According to Sahoo, the resolution plans have yielded about 200 per cent of liquidation value for creditors. They are realising on an average 43 per cent of their claims through resolution plans under a process which takes on an average 300 days and entails an average cost of 0.5 per cent, a far cry from the previous regime which yielded a recovery of 25 per cent for creditors through a process which took about more than five years and entailed a cost of 9 per cent.

Insolvency and Bankruptcy Code has been in operation for over a year. How do you rate the performance?

I rate it 10 on 10 by considering the fact that India did not have any prior experience of an insolvency law that is proactive, incentive-compliant, market-led and time-bound. Many institutions required for implementation of a modern and robust insolvency regime did not exist. As you know, it takes time to build institutional capacity and develop the markets and practices to implement the reform. Despite this, the provisions relating to corporate insolvency came into force within 60 days of the establishment of the IBBI. This is a feat in itself.

Debtors and creditors alike are undertaking corporate insolvency processes. About 2,000 firms, some of them having very large non-performing assets, have been admitted into corporate insolvency resolution process. One-third of them have exited the process with resolution plans, withdrawals or orders for liquidation. Another 500 firms have commenced voluntary liquidation.

And the resolution plans have yielded about 200 per cent of liquidation value for creditors. They are realising on an average 43 per cent of their claims through resolutions plans under a process which takes on average 300 days and entails a cost on average of 0.5 per cent, a far cry from the previous regime which yielded a recovery of 25 per cent for creditors through a process which took about more than five years and entailed a cost of 9 per cent. It is important to note that this realisation is only a bi-product of rescuing failing firms. Of all these, the most important outcome is that the Code has redefined the debtor-creditor relationship, leading to significant behavioural changes resulting in substantial recoveries for creditors outside the Code and improving performance of firms.

What are the major issues that need to be addressed for faster resolution of the cases?

Whenever any major reform is envisaged, particularly when it substantially affects the rights and obligations of the stakeholders as the Code does, there is a usual apprehension about, as well as reluctance to accept, the change and, at times, vigorous efforts, often through court process, are made to cling on to the old order. The only issue that needs to be addressed is the change in the mindset that accepts the reality and allows the market forces to play out and accept the market outcomes. The promoters, firms, creditors, resolution applicants, professionals, and the limbs of state having interface with the processes need to act fully in consonance with spirit of the Code. For example, financial creditors must fully accept that the Code is not a mechanism for recovery, but for resolution of insolvency. The use of technology in processes, development of best practices, improved capacity of the ecosystem, additional members in the Adjudicating Authority, etc. would, of course, facilitate expeditious conclusion of processes under the Code.

How far the process has helped to resolve the NPA crisis in the country?

‘Resolution’ under the Code is remedial. It has also the potential to prevent growth of NPA in an account as a bank is entitled to invoke the Code at the earliest instance of default. For dealing with the existing NPAs, a bank has two broad choices, resolution and recovery. It may choose between the two, but it cannot choose resolution to recover NPA. It has quite a few choices under the recovery menu; so also, under resolution menu. Thus, it depends on the choice of a bank.

Resolution under the Code addresses stress on the balance sheets of the firm and of the bank simultaneously. Banks have realised substantial amount of outstanding NPAs through resolution plans under the Code and upgradation of accounts and recovery in the shadow of the Code. In fact, the gross NPA has started declining.

There is criticism that lenders have to take huge haircuts. Do you agree with that?

Do you think ligations are delaying the resolution process. We have seen in some cases promoters moving court, in other creditors squabbling even after CoC giving the approval. How do you think this problem can be resolved to complete the resolution process faster?
A law of such significance takes years to settle down. We have passed through two major phases of economic reforms. The laws supporting such reforms such as the securities law and competition law have encountered legal challenges for many years, even though these laws had a long history in India. The challenges continue even today. This is not unusual given that the laws related to economic freedom are of recent origin and fundamental principles are yet to be settled. What is satisfying is that the emerging legal challenges are getting settled at a faster pace and once a challenge is settled, it rests for a longer period.

How you see the Code emerging as a tool to resolve the bad debt in the country?
The credible threat of a resolution process, that the control and management of the firm may move away from existing promoters and managers, most probably, forever, deters the management and promoters of the firm from operating below the optimum level of efficiency and motivates them to make the best efforts to avoid default. Further, it encourages debtors to settle default with the creditors at the earliest, preferably outside the Code. This would reduce incidence of bad debt.