Business   In Other News  04 Feb 2017  Maharashtra gets seven news railway lines in budget
Business, In Other News

Railway officials said the allocations made for the new projects were "unprecedented". 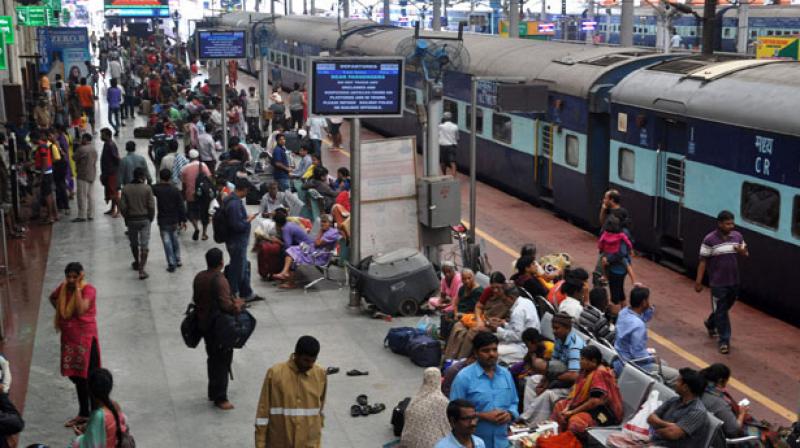 This year, Railway budget was incorporated in the general budget after a gap of over 90 years.

These seven new lines-- 3,123 kms long-- and several other projects have been sanctioned by the government in the Union Budget 2017-18 presented by Finance Minister Arun Jaitley.

This year, Railway budget was incorporated in the general budget after a gap of over 90 years. According to officials, Maharashtra has got budgetary allocations to the tune of Rs 5,958 crore for upcoming fiscal years, which is 408 per cent higher that the average allocation of last five years.

Railway officials welcomed the budget saying the allocations made for the new projects were "unprecedented" and "more than expected". The Pink Book of the Railway Budget put up on the Ministry of Railways website, provides the detailed list of projects. Pink Book is an official record of Indian Railways, which lays down the arrangement of fund allotment to different railway projects.

Besides, four railway electrification projects of in different sections of the state, have also been sanctioned. In addition to this, Rs 148 crore for traffic facility works, Rs 636 crore for Metropolitan Transport Planning have been allocated for the suburban section of Mumbai.

Survey for 13 new railway lines has been proposed with the initial allotment of Rs 6.68 crore. Thirty new ROBs (road over bridges) and 23 RUBs (road under bridges) are also planned to be constructed with a total cost of Rs 691.38 crore, in which Railways would bear Rs 331.91 crore, while the rest would be borne by the state government.

Shakuntala Railway, a narrow gauge railway line operated by private owners in , has also been allotted Rs 22 crore for its upgradation and conversion into broad gauge. A senior Central Railway (CR) official told PTI on the condition of anonymity, "In terms of monetary allocations, this year's budget is unprecedented. This will  eventually transform the mass transportation scenario of the state and Mumbai, especially in the view of different projects of Metro rail being executed."