Amid floods, Latur stares at drought

However, rains in East and Northeast and Northwest India were deficient at 12 per cent and 2 per cent, respectively. 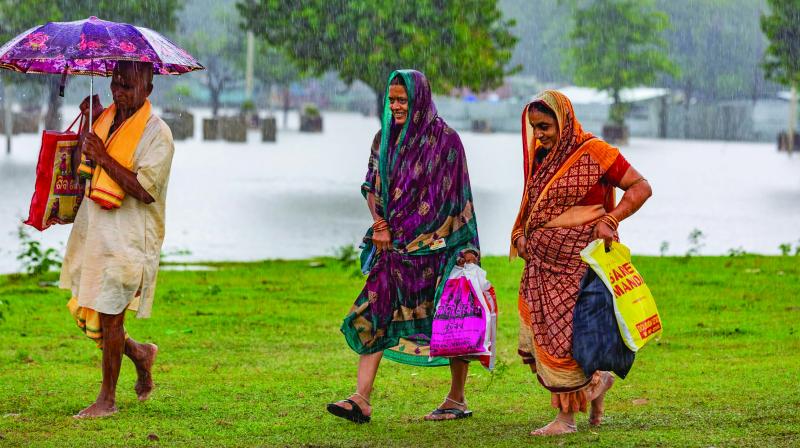 Water supply to industries in MIDC area cut off.

On Tuesday, the Latur administration stopped water supply to Maharashtra Industrial Development Corporation, or MIDC, area due to too low storage in the Manjara dam, the lifeline of Latur city, because of poor monsoon rains.

Latur district is in the Marathawada region, a perennial drought-prone area.

Latur's MIDC is already troubled due to the industrial slowdown but the water stoppage came as a double whammy for factories, especially cement units, an industry official said.

Interestingly, the four-month monsoon season from June to September has already lashed the country with 10 per cent per cent more rain than a 50-year average, the latest data from the government-run India Meteorological Department or IMD showed. But as on October 2, India as a country received 10.9 per cent more rains.

However, rains in East and Northeast and Northwest India were deficient at 12 per cent and 2 per cent, respectively.

Rains were also very deficient in Marathawada and Vidarbha regions in Maharashtra at 69 per cent each, Madhya Maharashtra at 45 per cent and Odissa at 57 per cent, IMD data showed.

The requirement of the industrial zones in Latur, located in the drought-hit Marathwada region, is around 3 million litres per day, an official said.

In view of this water crisis, the Latur administration is planning to ease the situation with tanker water supply, but from November 1, as currently the entire man-force is busy with the upcoming state Assembly elections, Latur Collector G Shrikant said.

According to analysts rains picked up pace only in August and September.

While the monsoon fury created floods in many cities and towns and washing away people and standing Kharif crops in its wake, other regions experienced deficient precipitation like the Latur district.

Floods in Maharashtra’s Pune district killed more than 20 people last week, with many houses damaged and vehicles washed away in the swirling floods. Officials said there were 371 flood-related deaths in Maharashtra this year but the death toll could be much more.

In Patna, Bihar’s riverside capital city that is home to around two million people, residents were wading through waist-deep water to buy essential items like food and milk.

In neighbouring Uttar Pradesh, India’s most populous state, heavy rains brought down more than 800 homes and swathes of farmland are submerged.

Home Ministry data till Sep 29 showed that 1,673 people had died because of floods and heavy rains this year.