Business   In Other News  03 Jun 2018  India to import first ever LNG cargo from Russia tomorrow
Business, In Other News

India to import first ever LNG cargo from Russia tomorrow 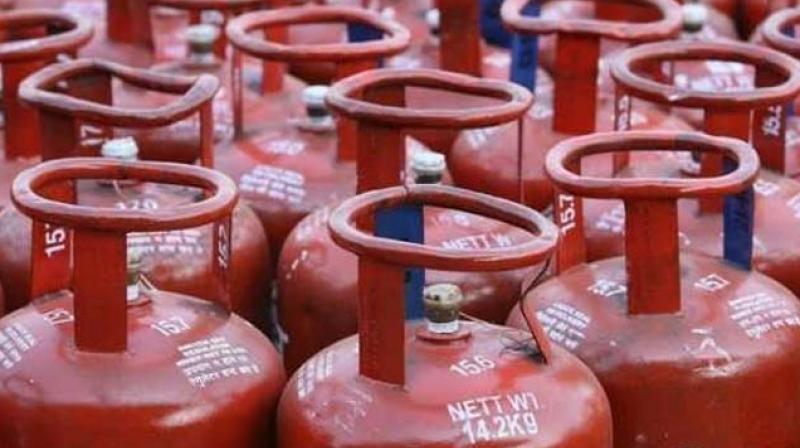 India will on Monday import its first ever cargo of LNG from Russia under a long-term deal as the world's fourth-largest buyer of liquefied natural gas (LNG) diversifies its import basket to meet its vast energy needs.

Dahej: India will on Monday import its first ever cargo of LNG from Russia under a long-term deal as the world's fourth-largest buyer of liquefied natural gas (LNG) diversifies its import basket to meet its vast energy needs.

Beginning of supplies from Russia comes within weeks of India importing its first ever LNG cargo from US under a long-term import deal. Like when the US LNG touched at Dabhol port in Maharashtra, Oil Minister Dharmendra Pradhan will be at the Petronet terminal when the Russian gas arrives.

GAIL has renegotiated with Russian supplier Gazprom the terms of the 20-year deal to import 2.5 million tonnes a year of LNG. Both price and volume ramp up have been renegotiated.

GAIL has committed to importing the full 2.5 MT a year by the fourth year and make up for the initial volume reduction over the remaining length of the contract.

Also, the price indexation has been changed from the Japan Customs-cleared Crude to Brent, and the oil-linked slope of the contract formula lowered, and therefore the final price.

Sources said the renegotiated contract provides for diverting a part of the volume, originally contracted on a delivered ex-ship basis, to other markets.

The pricing of the super-cooled fuel has been changed from 9-month linkage to Japanese Customs cleared crude to three months average of Brent, sources said.

The deferral will allow GAIL more time to find customers for the imported gas. GAIL had signed the original deal on August 29, 2012 with Gazprom Marketing and Trading Singapore Pte Ltd (GMTS), Singapore.

The deal was renegotiated in January this year. Gazprom will supply LNG from Yamal LNG project in the Arctic peninsula. India has been making the most of its position as one of the world's biggest energy consumers to strike better bargains for its companies.

Last year, India got US energy major Exxon Mobil Corp to lower price of 1.5 MT a year of LNG from Gorgon project in Australia, saving Rs 4,000 crore in import bill.

At the time of signing, in 2009, the Gorgon LNG price with US-based ExxonMobil was agreed upon was at 14.5 per cent. In late 2015, it had renegotiated price of the long-term deal to import 7.5 MT per year of LNG from Qatar, helping save Rs 8,000 crore.

The contract was renegotiated outside the contractually specified renegotiation period, with the eventual removal of the 60-day moving average ceiling and floor price and waiver of USD 1.5 billion in penalties under the take-or-pay clause for volumes that Petronet had not imported.

As a concession, Petronet agreed to buy an additional 1 MT a year and import all the volumes not taken during that time over the remainder of the contract, which runs until 2028.

Most recently, GAIL has been trying to renegotiate the price and terms of 3.5 MT a year US Sabine Pass contract with Cheniere Energy. The contract was signed on an FOB basis in 2011, with the price formula set at 115 per cent of the Henry Hub gas price plus a fixed USD 3 per million British thermal unit terminal usage charge.

Sources said when the Russian deal was first signed, Gazprom envisaged supplying India with LNG from its planned Schtokman project in the Barents Sea, which was subsequently scrapped as the shale gas revolution in the United States removed a key customer base. The resulting contractual inconsistency gave GAIL a foothold to re-open the Gazprom deal, sources said.