Business   In Other News  03 May 2020  About 63,000 passengers, crew onboard ships from China not allowed to disembark
Business, In Other News

About 63,000 passengers, crew onboard ships from China not allowed to disembark

Of these 63,000 crew and passengers onboard these ships, 56,000 reached the major ports 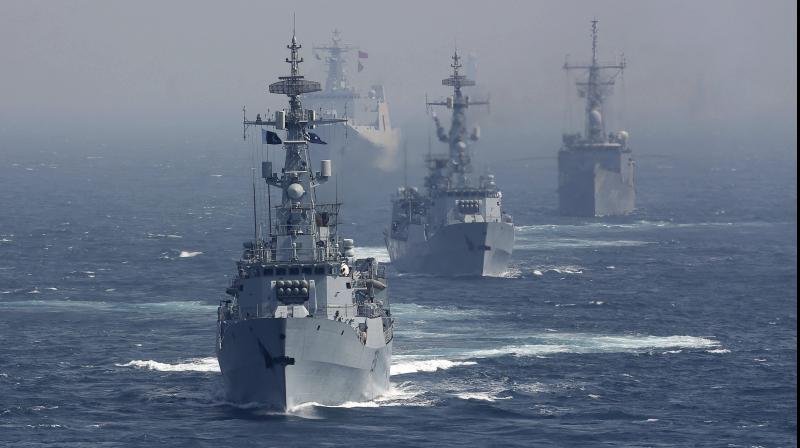 New Delhi: As many as 63,000 crew members and passengers on board vessels mostly from China have been denied disembarkation at Indian ports so far, as part of efforts to curb the spread of coronavirus, a shipping ministry official said.

These crew members and passengers reached Indian ports on board about 1,990 vessels between January 27 and April 30, the official added.

"A total of 62,948 crew and passengers reached India's ports on board about 1,990 ships, mostly from China. Thermal scanning of all these crew and passengers were done as per the WHO (World Health Organization) guidelines. Besides adhering to all precautions and laid-down protocols to prevent any further spread of COVID-19, no shore passes or daily passes were issued to these people, and EXIM cargo was handled with care," the official told PTI.

Of the total 1,990 ships, 1,621 reached major ports and were allowed anchoring at designated places for loading and unloading of export-import (EXIM) cargo.

Of these 63,000 crew and passengers onboard these ships, 56,000 reached the major ports, the official said.

For maintaining smooth operations across ports, the shipping ministry has initiated a number of steps that include waiving of rentals.

The government has asked all major ports to ensure that no penalties, demurrage, charges, fees and rentals are levied on any port user (traders, shipping lines, concessionaires, licensees, etc) for any delay in berthing or loading/unloading operations or evacuation of cargo caused by the reasons attributable to lockdown measures from March 22.

Besides, for existing and operational PPP (public private partnership) projects, major ports can permit waiver of all penal consequences on a case-to-case basis along with deferment of certain performance obligations.

The official said hospitals across the major port trusts have been supplied with personal protective equipment (PPE), and the arrangement of sufficient staff round the clock has been made.

Ports and PSUs under the Ministry of Shipping have contributed over Rs 52 crore from the corporate social responsibility (CSR) funds towards PM-CARES Fund.

Besides, employees of ports, public sector undertakings (PSUs) and other offices of the ministry have contributed over Rs 7 crore from their salaries towards the PM-CARES Fund. The number of vessels handled by ports during 2019-20 was around 20,837 as against 20,853 vessels in 2018-19.