US representatives to arrive in China for trade negotiations. 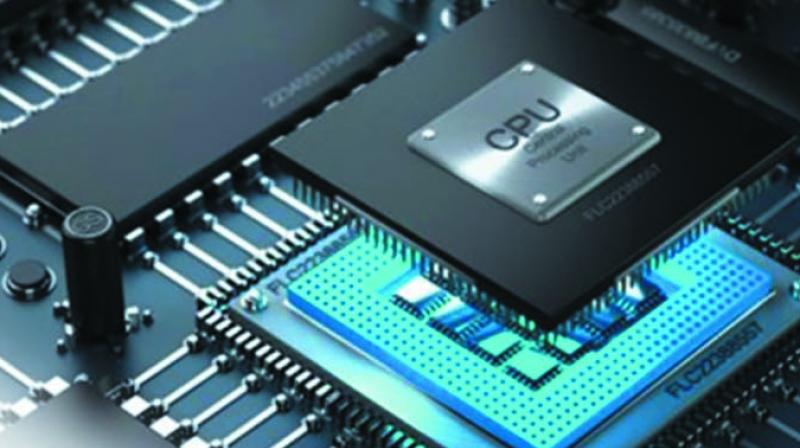 Semiconductors are the brains of electronic devices, enabling them to run programmes and store memory.

Beijing: The first salvos in the budding US-China trade conflict struck old-school sectors like steel and agriculture, but Beijing is now bracing for moves against its strategic ambitions in hi-tech.

As a US trade delegation heads to Beijing for talks starting Thursday, China’s race to catch up to the US in technology looms large.

The skirmish is taking place upstream of the consumer applications made by tech giants like Google and Facebook or Alibaba and Tencent, and focusing on semiconductors, the critical building blocks of electronics.

Semiconductors are the brains of electronic devices, enabling them to run programmes and store memory.

Most are made by US giants such as Intel, Qualcomm and Micron, which have decades of experience developing the integrated circuits, as well as manufacturers in US allies South Korea and Taiwan.

Chips are among China’s biggest imports, rivaling oil, and have become a stark reminder of its dependence on American technology.

The US has also reportedly opened a similar probe into Huawei.

Both companies depend on US chips to build their gadgets and equipment, reinforcing for Beijing the need to control every piece of the technological supply chain.

China must rely on itself for core technologies, President Xi Jinping told scientists when visiting an IT firm last week.

“In the past we had no choice but to rely on our own efforts. Back then we even created two atomic bombs and launched a satellite while tightening our belt and gritting our teeth,” he said.

China’s advantages, he said, include being able to “gather our strength to do big things”. And that is what concerns the US.

China’s marshalling of industrial policy to catch up in semiconductors and other technologies figures prominently in the Trump administration’s findings against Beijing in an investigation that has led to proposed tariffs on tens of billions of dollars in Chinese goods.