Business   In Other News  03 Feb 2019  P V Bharathi assumes charge as CEO of Corporation Bank
Business, In Other News 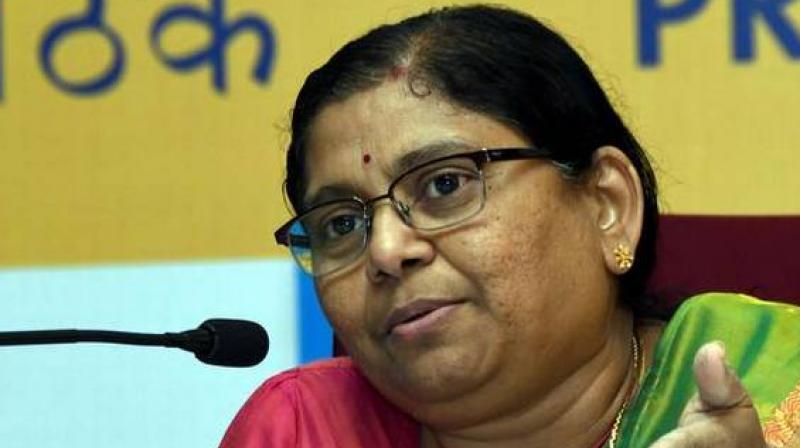 Bharathi has been a non-executive director of Can Fin Homes Limited since September 22, 2014. (photo: file)

She is the first woman to serve the bank in this capacity, the release here said.

Bharathi has been Executive Director (ED) of Canara Bank since September 15, 2016 and served as the firm's general manager in the risk management wing. She has more than 37 years of experience in the banking industry.

She has served in different branches in the national capital region (NCR) and also in Tamil Nadu. She has experience in rural, semi-urban, urban and metro branches of the bank as also in administrative offices of the bank.

Bharathi has been a non-executive director of Can Fin Homes Limited since September 22, 2014 and also served as a director board member of Canbank Venture Capital Limited. She is a Certified Associate of the Indian Institute of Bankers (CAIIB) and a post-graduate in Economics.