Business   In Other News  02 Dec 2017  Prabhu bats for institutional mechanism to up jewellery export
Business, In Other News

Prabhu bats for institutional mechanism to up jewellery export

Exports of gems and jewellery had declined by 24.5 per cent to USD 3.3 billion in October. 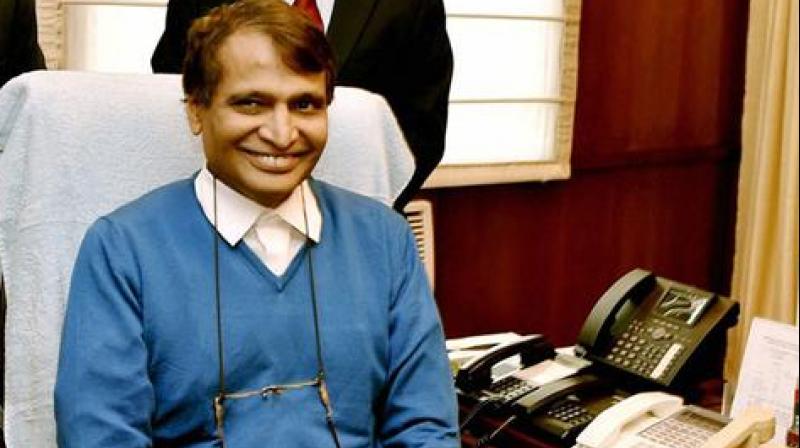 New Delhi: Commerce and Industry Minister Suresh Prabhu on Friday made a strong point for setting up an institutional mechanism to drive up jewellery exports.

Exports of gems and jewellery had declined by 24.5 per cent to USD 3.3 billion in October, from 4.38 billion in the year-ago period.

Addressing a summit on gold here, Prabhu suggested that efforts should be made to bring in the best global designer in the jewellery sector to compete in the international market.

"... with the organised support that the industry as well as the government can provide, we can create an institutionalised mechanism that is necessary to increase exports of the gold jewellery," the minister added.. Prabhu also favoured a suggestion of the industry to set up 'gold board', which "could be looked into".

India's annual export of gold and gold ornaments is only about USD 7 billion. Later in the day, while interacting with reporters on the sidelines of a retail summit, Prabhu said his ministry is in the process of drawing up policies for growth of different sectors of the economy.

"Aggregation of all these economic activities of different sectors will amount to increase in GDP over a period of time," he said.

Prabhu is "very bullish" that in the next three years, "you would see India GDP numbers even far far better than what they are today".

Arresting five quarters of deceleration in GDP growth, Indian economy bounced back from a three-year low to expand by 6.3 per cent in July-September as manufacturing revved up and businesses adjusted to the new GST tax regime.

The growth had slipped to a three-year low of 5.7 per cent in first quarter of the fiscal.