Business   In Other News  02 Nov 2018  Why PM Modi wants to increase control over the RBI
Business, In Other News

Why PM Modi wants to increase control over the RBI

Govt has made repeated calls for RBI to hand over more money from the RBI’s reserves to help fund its fiscal deficit. 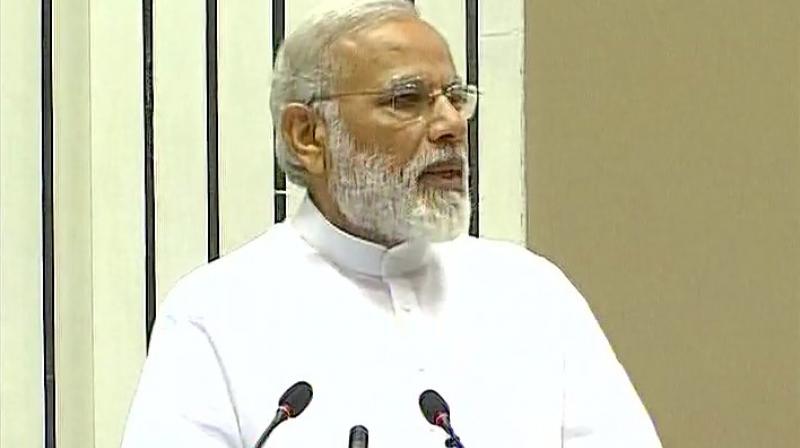 Mumbai: An incendiary speech by a top Reserve Bank of India (RBI) official last Friday blew the lid off an increasingly toxic dispute between the central bank and the government of Prime Minister Narendra Modi over monetary policy and who controls the institution’s reserves.

While historically there have been differences between the RBI and the nation’s governments, the extent of the rift and its public nature are unprecedented.

By Wednesday morning, there were Indian media reports saying that RBI Governor Urjit Patel was about to resign. The RBI declined comment.

This followed three letters to the RBI from the finance ministry threatening to invoke Section 7 of the RBI Act that would allow the government to dictate policy to the central bank, according to a senior source with direct knowledge of developments.

But faced with declines in the rupee and government bond prices as investors got unnerved, the government issued a statement supporting the RBI’s autonomy while indicating it would still be pressing very hard to have its own way.

In Friday’s speech, RBI Deputy Governor Viral Acharya said that undermining central bank independence could be “potentially catastrophic”, and he even cited meddling by the Argentine government in the affairs of its central bank in 2010 – prompting big drops in that nation’s financial markets - as a sign of how bad things can get.

The remarks were widely seen as a sign that the RBI was pushing back hard against government pressure to relax its policies and reduce its powers ahead of a general election due by May.

The RBI is not statutorily independent, as the governor is appointed by the government, but it has enjoyed broad autonomy in regulating the banking sector. It is mandated to control inflation within a 2 to 6 percent range while keeping in mind India’s economic growth objective.

The government has made repeated calls for the RBI to hand over more money from the RBI’s reserves to help fund its fiscal deficit. The RBI currently hands over its profits earned from various activities in the form of a dividend. But the government also wants to tap a share of the RBI’s 3.6 trillion rupees ($48.73 billion) of capital reserves. The RBI has consistently pushed back against the demand.

Out of the shadow

The government wants the RBI to provide more liquidity to the shadow banking sector, which has been hurt by the defaults of major financing company, Infrastructure Leasing & Financial Services (IL&FS). Those defaults triggered sell-off in bonds and stocks of non-banking financial companies. The government has been asking the RBI for a dedicated liquidity window for these lenders similar to one allowed during the 2008-2009 global financial crisis.

The government has also been urging the RBI to relax its lending restrictions on 11 state-run banks. The curbs were imposed because the banks had a low capital base and major bad debt problems. The 11 are barred from lending unless they reduce their bad debt levels, improve their capital ratios and become profitable. The government says the restrictions have gone too far and have reduced the availability of loans for small- and medium sized businesses.

The RBI is also irked by the government’s efforts to trim the central bank’s regulatory powers by proposing to set up an independent payments regulator. Currently the RBI regulates all payments and settlements in the economy. The government says it wants a separate payment regulator which will be able to adapt to rapid changes in technology.

The government appointed S Gurumurthy, a prominent BJP supporter and an affiliate of the Hindu nationalist Rashtriya Swayamsevak Sangh (RSS), to the RBI board earlier this year along with Satish Marathe, a former banker with ties to the RSS. Such political appointments have been unusual in the past as the RBI board’s external members have mostly been economists and industrialists. Traditionally, the RBI’s board has approved decisions related to internal functions of the central bank and it has not interfered in its supervisory and monetary policy functions.

Senior government officials, as well as BJP and RSS officials, are angry that the RBI decided to go public over the quarrels. Acharya made it clear he had been asked to address the independence question by Patel and in a show of unity the three other deputy governors attended his speech. In its statement concerning autonomy on Wednesday, the government stressed that it will keep discussions confidential.

The Modi government has been under pressure ahead of regional polls due at the end of 2018 because of weak farm prices and surging fuel costs, which have been hurting rural incomes. The government recently cut excise duty on gasoline and diesel, adding to pressure on its deficit.

The budget is also being undermined by muted revenue collection from a recently introduced goods and service tax.

Added to this, the IL&FS woes have led to a liquidity crunch across much of the shadow banking sector and throttled off some lending.

All of this could slow a $2.6 trillion economy, the world’s sixth largest, only months before the general election. To prevent that from happening, Modi is expected to spend more on populist programmes, including boosts to rural wages, fuel subsidies and buying crops at a guaranteed minimum price.

The rift has created political and economic uncertainty. Investors want policy continuity from both the RBI and the government to ensure inflation is kept in check and economic stability is maintained.

A persistent fall in the inflation rate since 2014 in a country that was used to volatile price pressures instilled confidence in the central bank and attracted investors. However, investors fear such hard-earned economic gains could be at risk if the government can pull the RBI’s strings.