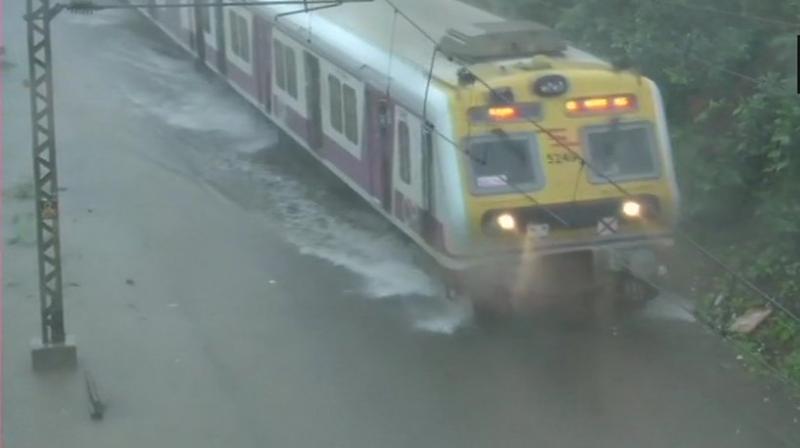 The state administration declared a holiday on Tuesday for schools and colleges. (Photo: ANI | Twitter)

Mumbai: From appreciating the selfless policemen to wondering at how newspapers are getting delivered in the morning crisp in an inundated city, India Inc took to social media to display their emotions about the heavy rains lashing the megacity Mumbai for the past four days.

The state administration declared a holiday on Tuesday for schools and colleges and also to its offices after the heavy rains crumbled the already creaky infrastructure of the city yet again.

Comparing the city police with the superheroes of Avengers, JSW Group chairman Sajjan Jindal said, their superpower - a remarkable dedication to the city! Year after year, they do everything in their power to keep Mumbai safe and moving.

Anand Mahindra, the chairman of the diversified Mahindra group, was full of praise for the newspaper delivery boys who continue with their morning jobs despite everything else collapsing.

Mumbai airport runway shut, schools closed, train stations flooded, but the newspapers arrived in my house on time and dry! he tweeted.

I have to salute those quiet, unsung heroes who brave torrential rains so that we can experience a normal day, he added.

However, there were no voices on the creaky infrastructure, or how it failed, by the industry leaders, many of whom have their offices in the financial capital. Also, they were silent on the continuing failure of the civic administration and all the tall claims of rain-readiness that BMC has been making all these while.

This was so, even as there was a deluge of complaints and disappointments on social media.

While many private companies allowed their staff to work from home as the local trainsthe lifeline for the megapolis millions of commuters-- financial markets are functioning with banks and stock exchanges operational.

Earlier in the day the nations premier exchange Bombay Stock Exchange said its open with the chief executive Ashish Chauhan sending out a message that BSE will function normally today.

Even though it may have been posted in a different context, Zee Entertainment chief executive Punit Goenka's tweet posted early on in the day was the most relevant one applicable to the hapless citizens of the city.

Quoting the American missionary Walter Elliott, he said, Perseverance is not a long race; it is many short races one after another.