However, members of the same family would be allowed to sit together, the Directorate General of Civil Aviation said in its notice 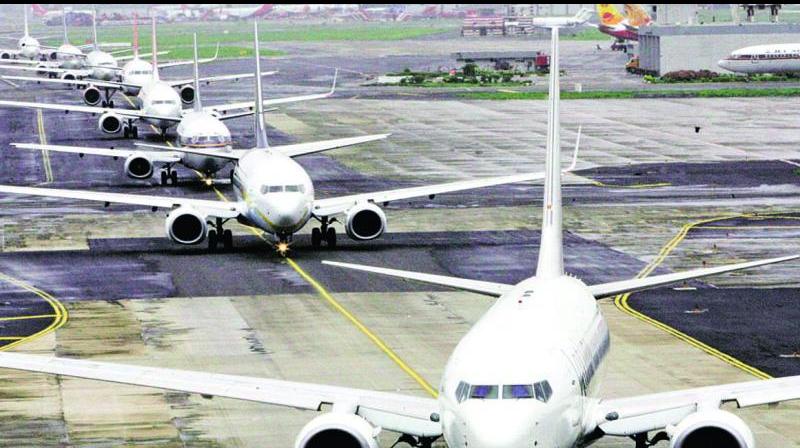 NEW DELHI: Director General of Civil Aviation (DGCA) on Monday asked airlines to keep middle seats vacant as far as possible as part of social distancing measure in the wake of the novel coronavirus pandemic.

However, if a flyer is allotted the middle seat, then protective gear, including a wrap-around gown/PPE kit, a three-layered face mask and face shield, must be provided. It added that members of the same family may be allowed to sit together.

The DGCA order is in compliance with the Supreme Court’s observation which had recommended space between passengers.

Meanwhile, Air India pilots' union on Monday suggested to the DGCA that corona-positive pilots grounded for over 14 days should be allowed to fly after being declared negative by an approved medical examiner as the current protocol makes them unavailable for duty for six months.

"This (proposed solution) will ensure that precious human resources are not wasted," the Indian Commercial Pilots' Association (ICPA) said in a letter.

It said that if a pilot tests positive for Covid-19, s/he goes on a mandatory 14-day "sick" leave and then has to go for a special medical examination in New Delhi or Bengaluru. This process takes at least three months, and then there is medical assessment by the DGCA that takes another three more months, it said.