Oil price may dip below $50

It’s under pressure after growth in Chinese manufacturing slowed faster than expected. 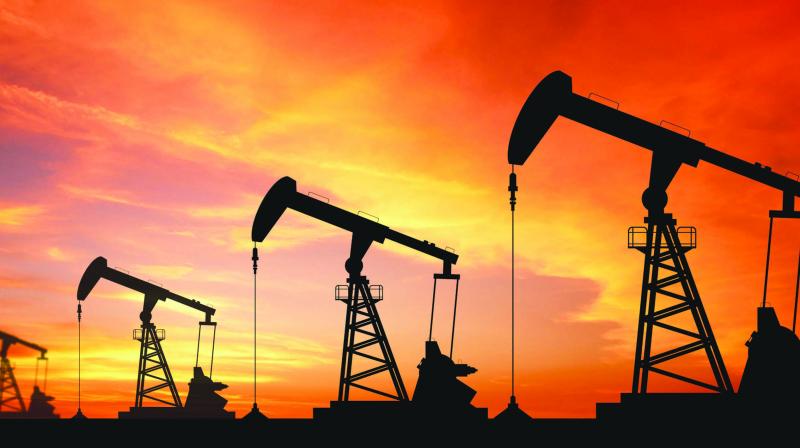 London: Oil edged below $52 a barrel on Monday as rising crude output and drilling in the United States countered Opec-led production cuts aimed at clearing a supply glut.

US drillers added nine oil rigs in the week to April 28, bringing the count to the most since April 2015, energy services company Baker Hughes said on Friday.

Crude output C-OUT-T-EIA in the United States has hit its highest since August 2015, government data shows. “The U.S. rig count indicates that there is plenty more to come,” analysts at JBC Energy said in a report, referring to the outlook for US production.

Prices also came under pressure after an official survey showed on Sunday that growth in Chinese manufacturing slowed faster than expected in April, potentially weighing on the outlook for oil demand.

“The moderation in the China PMI (purchasing managers' index) could see commodity prices come under some modest pressure," ANZ bank said in a note.

US output gains are limiting the impact of efforts led by the Organization of the Petroleum Exporting Countries to cut output by almost 1.8 million barrels per day for six months until June to banish a persistent glut.

Opec and participating non-Opec countries meet on May 25 to discuss whether to extend the reduction.

Given that inventories remain high and prices are half their mid-2014 level, Opec members including top exporter Saudi Arabia support prolonging the curbs.

Last week, Iran’s Oil minister said Opec and non-Opec countries had given positive signals for an extension of output cuts, which Tehran would also back.

Oil prices fell though they closed higher on Friday on growing hope that Opec might agree to extend production cuts to reduce a glut. But many investors have continued to be put off by the obstacles.