Weather forecasting agencies have predicted the probability of El Nino and below-normal rainfall. 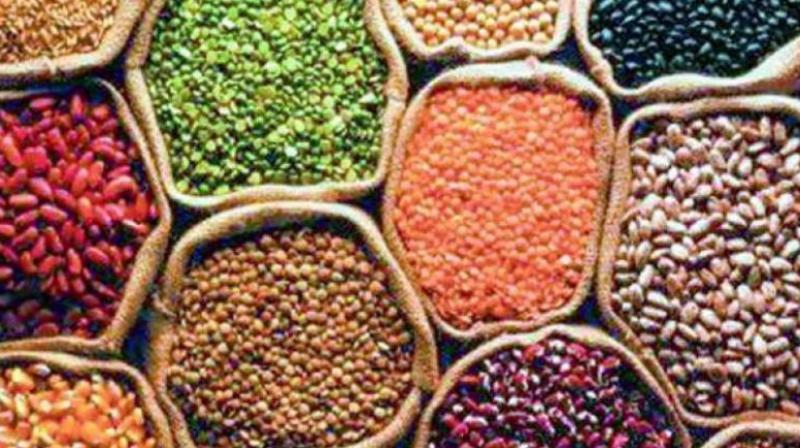 According to an analysis done by the National Collateral Management Services, EL Nino may negatively impact the farm production this year. (Representational image)

Chennai: After a smaller crop last year, the country is likely to witness a deficient monsoon, dampening agricultural production this year as well. While the Rabi crop has further shrunk in the final estimate, El Nino is expected to affect the northwest monsoon and lead to a decline in agri output this year.

Weather forecasting agencies have predicted the probability of El Nino and below-normal rainfall. According to an analysis done by the National Collateral Management Services, EL Nino may negatively impact the farm production this year.

Lower rains coupled with poor distribution adversely impacts agriculture production. Out of the eight El Nino years, food grain production declined in five years, with 2002 witnessing the highest decline of 15 per cent. Pulses saw a decrease in production in six years out of eight, with a reduction of 17.9 per cent in 2002. The highest impact of El Nino was evident in oilseeds, production declining in seven out of eight years. In 2002, oilseed production reduced by 28.2 per cent from the previous year.

India being a largest importer of edible oils in the world, expected lower production of oil seeds this year will increase the import dependency on edible oils. Sufficient buffer stocks may arrest aggressive price gains in wheat, rice and pulses.

“Despite lower production, prices of agri-commodities may not be affected due to large buffer stocks with the government,” said Sanjay Kaul, MD and CEO, NCML.

Meanwhile, the final estimate by National Bulk Handling Corporation (NBHC) on Rabi crop has pushed the production further into negative territory. The production of cereal, pulses and oilseeds are expected to decline by 9.72 per cent, 10.12 per cent and 3.79 per cent over 2017-18.