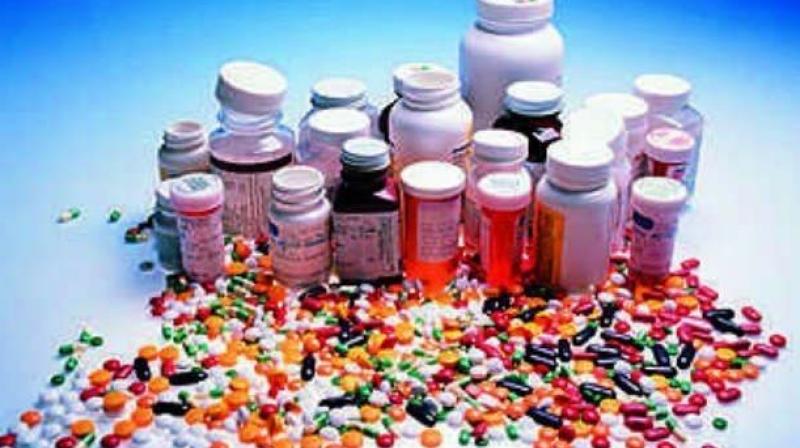 Growth trajectory for the pharmaceutical industry is likely to be moderate, in single digit, according to rating agency Icra.

Mumbai: Although demand prospect for the domestic pharmaceutical market is expected to remain healthy, slowing growth from the US, increased competition, among others, are likely to keep it's revenue growth to single digits, between 7-10 per cent, during financial year 2017-18 to 2019-20, a report said.

This is after mid-to-high double digit growth over last five years. Growth trajectory for the pharmaceutical industry is likely to be moderate, in single digit, according to rating agency Icra, on the back of slowing growth from the US given the relatively moderate proportion of large-size drugs going off patent and increased competition leading to price erosion in low double digit.

Generic adoption reaching saturation levels and regulatory overhang along with base effect catching up were also cited as the major challenges impacting growth.

The agency said while the demand prospects from domestic market are likely to remain healthy given increasing spend on healthcare along with improving access, regulatory interventions, especially relating to price control and mandatory genericisation remain a concern.

Icra said the revenue growth from the US during FY12-17 period witnessed a CAGR of 19.3 per cent, though the growth came down from 14.4 per cent in FY16 to 4 per cent in FY17 and the trailing 12 months growth is 16.2 per cent, despite consolidation benefits.

"Besides increased regulatory scrutiny, consolidation of supply chain in the US market resulting in pricing pressures along with sustained investments in R&D will also have an impact on profitability of domestic pharmaceutical companies," he added.

Icra report noted that the aggregate revenue growth of sample comprising 21 companies is projected at 7-10 per cent over FY18 to FY20 after mid-to-high double digit growth over last five years.

As for the domestic formulations business, the agency said the growth rebounded to 10.3 per cent and 7.6 per cent in September and December quarters, respectively, compared with 8.8 per cent in the June quarter due to recovery in trade channel stock post GST implementation.

"Though healthy, the domestic formulations industry growth was adversely impacted by accounting norms where revenues are reported net of GST compared to including excise till Q1FY18," the report said.