The meeting will take place on Tuesday with presentation made by representatives of Civil Aviation and Railways . 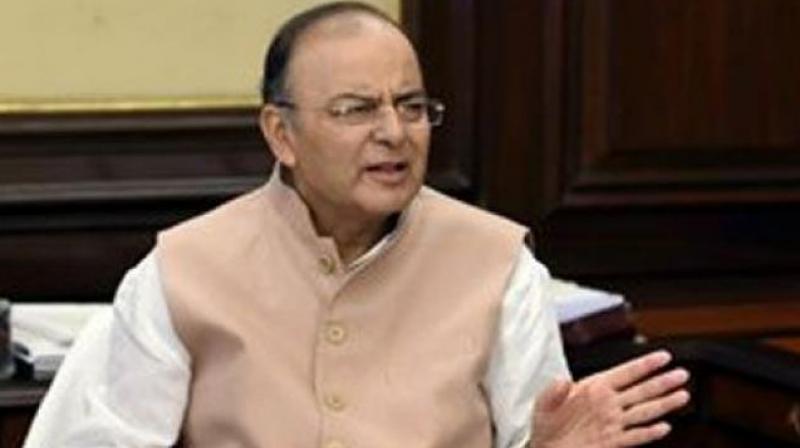 New Delhi: The all powerful GST Council headed by the Finance Minister will meet tomorrow the representatives of six crucial sectors, including IT, telecom, banking and insurance, to assess the implementation hurdles under the new GST regime.

Also, presentation will be made by sector representatives of Civil Aviation and Railways at the two-day GST Council meeting that begins here tomorrow, sources said.

Software association Nasscom, which is also scheduled to meet the GST Council, will voice its concerns over issues such as tax treatment of software, and also make a case for single registration under the new GST regime.

"We support the introduction of GST but the implementation of GST should not complicate the business operations of IT companies," R Chandrashekar, President of Nasscom, told PTI.

He said the software association would express concerns with regard to GST implementation during the meeting with GST Council tomorrow. Nasscom's concerns pertain to areas like classification of software, import of services from related parties, and taxation rules based on location of receiving services.

Stating that the first draft of GST law had classified all 'intangibles' as services thereby ensuring a uniform tax rate, the revised law removed the clarification. "This could lead to a situation where software classification can be disputed even under the GST regime.

Electronic downloads should be treated as services as the majority practice prevalent globally," according to Nasscom's recent representation to the Revenue Department. Nasscom also contends that revisions in the draft GST law does not facilitate offering a single interface for overseas/domestic clients in cases where large service contracts are supplied to multiple client sites from single or multiple delivery centres.

Also, the revised draft potentially makes onsite services delivered overseas at customer site liable to payment of GST, followed by a refund which blocks capital and complicates the transaction, it added.

"This will therefore imply that onsite services are imported into India, GST discharged, and then exported, and the GST paid on the onsite service then filed for refund - additional unnecessary transactions for companies which operate in a Branch office model, and associated compliance and working capital troubles," says Nasscom.

Nasscom is also of the view that the legislation should clearly provide for centralised registration of central taxes of IGST (Integrated-GST) and CGST (central GST), which is within the Central Government power itself.

December 23, 2016, Jaitley said that the Council has made a 'reasonable headway' on supporting legislations and a discussion on Integrated GST law will take place in the next meeting.

The dual control over assesse is also part of the Integrated-GST legislation that Parliament needs to pass before the new regime is rolled out. The stumbling block in the GST roll out is the issue of dual control issue -- which deals with which taxpayers should be controlled by the Centre and who should be governed by the states after a single tax will replace levies like central excise, service tax and VAT.

States like West Bengal and Kerala are unrelenting on their position of being given right to control all assesses with up to Rs 1.5 crore annual turnover.