Input and output prices declined for a third consecutive month in June, and manufacturers continued to cut staff 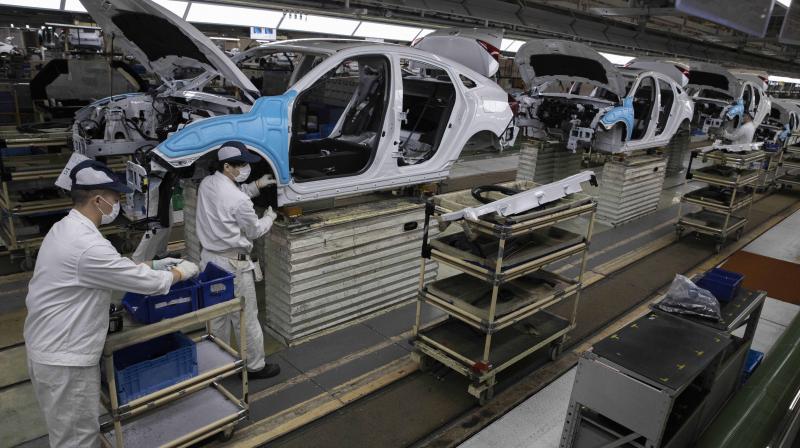 BENGALURU: India’s manufacturing activity contracted for a third straight month in June, albeit at a much shallower pace, as demand and output continued to suffer from three months of lockdowns to quell the spread of the coronavirus, a private survey showed.

The virus has infected over half a million people in the world’s second-most populous nation, stalling economic activity, but Wednesday’s survey suggested the worst may be over for the economy, at least for now.

While the Nikkei Manufacturing Purchasing Managers’ Index, compiled by IHS Markit, increased to 47.2 last month from 30.8 in May it was still below the 50-mark separating growth from contraction. Analysts polled by Reuters had expected 37.5.

“India’s manufacturing sector moved towards stabilisation in June, with both output and new orders contracting at much softer rates than seen in April and May. However, the recent spike in new coronavirus cases and the resulting lockdown extensions have seen demand continue to weaken,” noted Eliot Kerr, an economist at IHS Markit.

The April-June period was the worst quarterly performance since the PMI survey began in March 2005, in line with a Reuters poll predicting Asia’s third-largest economy contracted last quarter for the first time since the mid-1990s.

Input and output prices declined for a third consecutive month in June, and manufacturers continued to cut staff.

However, a continued decline in price pressures might provide additional breathing space for the Reserve Bank of India to announce further easing measures. It has already cut its repo rate by a cumulative 115 basis points since the lockdown started on March 25.

“Should case numbers continue rising at their current pace, further lockdown extensions may be imposed, which would likely derail a recovery in economic conditions and prolong the woes of those most severely affected by this crisis,” added Kerr.

Still, optimism about the coming 12 months hit a four-month high in June.