official teams have already visited mines in countries like Peru, Bolivia and Chile, which are rich in such strategic minerals. 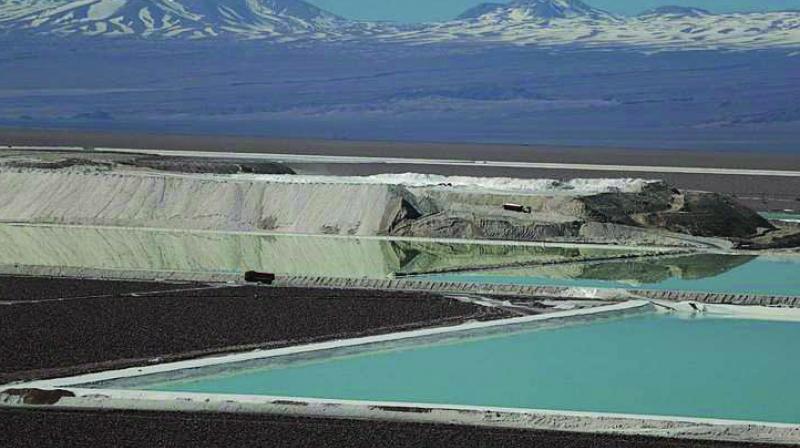 Interestingly, HCL has been implementing mine expansion scheme to quadruple its capacity from 3.4 million tonne per annum to 20.2 million tonne a year.

Kolkata: Khanij Bidesh India Ltd. (KABIL), the 34:33:33 joint venture of National Aluminium Company (Nalco), Hindustan Copper (HCL) and Mineral Exploration Corporation Ltd (MECL), seems well set to firm up its first overseas acquisition of strategic assets in the next six months or so. The first acquisition may come in areas of strategic minerals like lithium and cobalt, which would foster the country's move into electric vehicles (EVs) and in countries like Peru, Bolivia and Chile, said HCL Chairman and Managing Director, Santosh Sharma. At present, 100 per cent of Lithium-ion batteries or cells are imported in India, as these which have a high energy density are in huge demand for portable electronic devices, solar power plants as well as electric vehicles. Interestingly, official teams have already visited mines in countries like Peru, Bolivia and Chile, which are rich in such strategic minerals.

The boards of the respective State-run metals and mining companies have already cleared the proposal to ink a formal JV company with an initial capital of Rs 100 crore and the formal agreement to this effect is likely to be signed within the next one week or so, said Sharma, adding that NITI Aayog had already given its nod for the proposed joint venture.

Meanwhile, State-run Hindustan Copper, which is aiming at garnering Rs 2,000 crore revenue from operations in the current fiscal, is aspiring to make capital expenditure of Rs 1,200 crore this year for capacity expansion, reopening of closed mines and acquiring new mining leases. The Kolkata- headquartered company has lined up plans to commence work for reopening of Rakha mine and also staring Chapri- Sidheswar mine at Ghatsila soon. Interestingly, HCL has been implementing mine expansion scheme to quadruple its capacity from 3.4 million tonne per annum to 20.2 million tonne a year.

Sharma said, "Bids for Malanjkhand and Capri mines have been received. We expect to finalise the successful parties very soon."