‘Use lottery to generate funds for welfare’

Lottery distributors plan to approach Niti Aayog with the proposal. 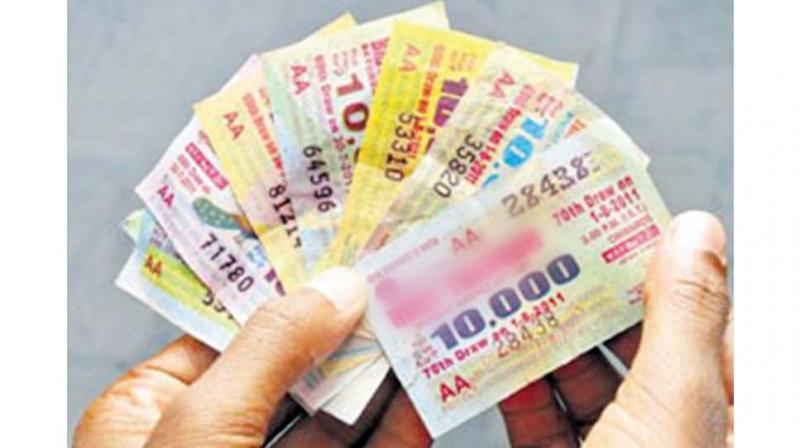 Mr Vijay said that Kerala use lottery for medical schemes, and other public welfare schemes.

New Delhi: Lottery distributors are trying to persuade the government to use lottery to fund social welfare schemes in the country which they claim has “the potential to generate revenue of Rs 35,000 crore.”

They are planning to soon approach NITI Aayog with the proposal to use lottery to fund Centre’s ambitious Ayushman Bharat — National Health Protection Mission that aims to cover as much as 10 crore families.

“Centre and states can overall generate revenue of upto Rs 35,000 crore through lottery to fund the social welfare schemes in the country. For example a state like UP can generate upto Rs 5,000 crore in revenue through lottery. Many countries like China and  the UK have been using funds generated by lottery to fund the social welfare schemes,” said Sugal & Damani Group  CEO Kamlesh Vijay.

He said China generate revenue through lottery to fund the Beijing Olympics.

He said  that under Ayushman Bharat, the central and state government will share the premium in the 60:40 ratio.

“State governments are struggling to get that type of fund,” said Mr Vijay.

He blamed this on negative perception which government and political parties have towards lottery.

Mr Vijay said that political parties are also affected by the general perception, which has impacted its growth.

He said if lottery is run in a proper way it has potential to generate funds for social schemes.

Mr Vijay said that Kerala use lottery for medical schemes, and other public welfare schemes.

The law allows states to operate lottery. Under the Lottery Regulation Act, private parties are not allowed to run lottery schemes. Out of the 9 states which allow lottery only four are big: Maharashtra, Kerala, Punjab and West Bengal.

Sugal and Damani is the largest distributor of lottery in the country and also provides technology support  on how to run lottery to 17 countries.