Govt has proposed expansion of airport capacity by more than five times to handle a billion trips a year under a new initiative. 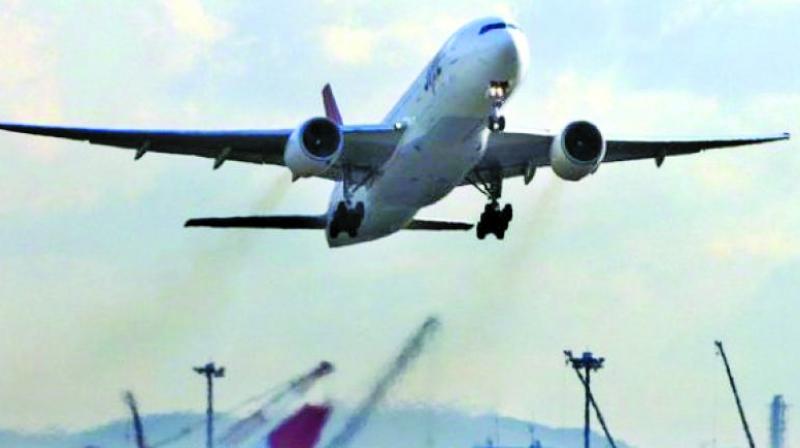 Domestic air passenger traffic grew at 18 pc per annum and our airline companies placed orders for more than 900 aircraft.

New Delhi: As many as 56 unserved airports and 31 unserved helipads will be connected under the government's regional air connectivity scheme, Finance Minister Arun Jaitley said on Thursday.

Presenting the Budget for 2018-19, Jaitley also said that the government has proposed expansion of airport capacity by more than five times to handle a billion trips a year under a new initiative.

"In the last three years, the domestic air passenger traffic grew at 18 per cent per annum and our airline companies placed orders for more than 900 aircraft," he said.

The finance minister said that UDAN "shall connect 56 unserved airports and 31 unserved helipads across the country", adding that operations have already started at 16 such airports.

With regard to expanding airport capacity, Jaitley said balance sheet of AAI would be leveraged to raise more resources for funding the expansion plans. State-owned Airport Authority of India (AAI) manages 124 airports.

"Infrastructure is the growth driver of the economy. Our country needs massive investments, estimated to be in excess of Rs 50 lakh crore, in infrastructure to increase growth of GDP, connect and integrate the nation with a network of roads, airports, railways, ports and inland waterways and to provide good quality services to our people," Jaitley said.