Banking sector on "course to recovery" as NPAs recede: RBI 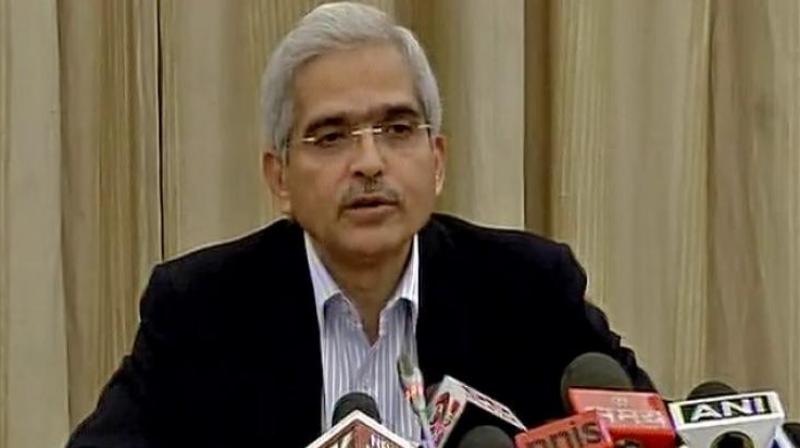 Mumbai: The banking sector is on "course to recovery" as the afflicting non-performing assets recede, but state-run lenders need reforms in governance, Governor Shaktikanta Das said on Monday.

The weaker ones among the public sector banks need to be supported through recapitalisation, the Governor said in his foreword to RBI's half-yearly financial stability report (FSR).

"After a prolonged period of stress, the banking sector appears to be on course to recovery as the load of impaired assets recedes," Das, who took charge earlier this month after the sudden exit of Urjit Patel, said.

He pointed out that the period till September has seen a decline in gross NPA ratios -- the first such dip in three years -- and also pointed out at improving provision coverage ratio, which is the ability of a bank to withstand stress, as a positive.

The Governor said even though the current NPA levels are high, stress tests done by the RBI have pointed to an improvement in the ratio in future. Having done a lot of work on the NPA front, which started with the accelerated recognition through the asset quality review, Das said there is a need for operational improvements at the state-run lenders which account for a bulk of the dud assets.

"The immense effort put in by the stakeholders so far is required to be buttressed with substantive reforms in governance and oversight regime, supported by recapitalisation of weak PSBs," he said in the comments, which come days after the Centre committed an additional Rs 41,000 crore in FY19 for the recapitalisation.

Eleven of the 20 state-run lenders are under the prompt corrective action (PCA) framework, which restricts their normal lending and is a bone of contention between the conservative regulator and a government that will be facing elections in a few months.

Das, a career bureaucrat who steered the Government's note ban move from the Finance Ministry, said despite its high costs, the NPA recognition has led to improvements in the operational risk assessment at state-run lenders.

"...it appears to have led to a greater discipline in credit assessment, higher sensitivity to market risk and better appreciation of operational risks," he said.

Das acknowledged that some of the cases referred for resolution under the two-year-old bankruptcy framework have lagged time-lines, but said the Insolvency and Bankruptcy Code (IBC) will strengthen credit discipline.

"A time-bound resolution of impaired assets will go a long way in unclogging the credit pipeline thus improving the allocative efficiency in the economy," he said.

The high credit growth is "not stability enhancing", Das said.

Both the banks as well as non-banks need to be diligent, prudent and follow sound risk management practices as they support the growth needs of the economy, he said.

Das said the slowdown in GDP growth to 7.1 per cent is slower than expected, but pointed out to an uptick in gross fixed capital formation along with the dip in crude oil prices as a positive for a sustained growth going forward.

Globally, the threat of trade war which would have weakened growth prospects has softened, he said. A stricter enforcement of global trade and investment rules could potentially lead to market stability and win-win bargains in trade, Das said.