GDP to contract by 18.3% as economy set for weakest quarterly growth in eight years

Economists predict a contraction of 8.1% and 1.0% in the September and December quarters respectively 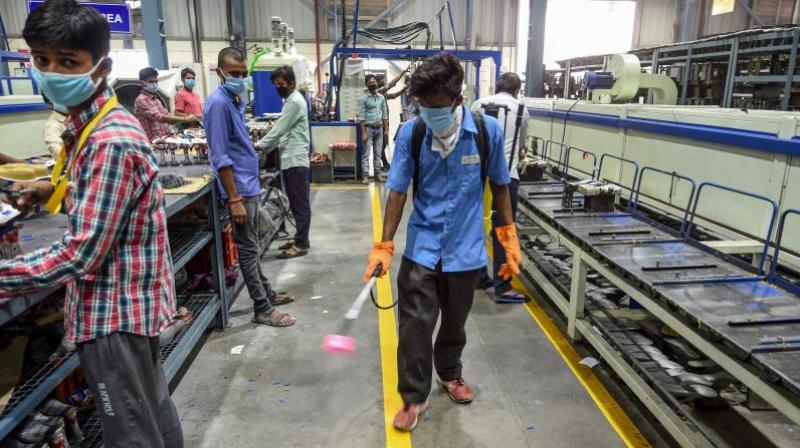 Economists in a Reuters poll predicted that gross domestic product in world’s fifth-largest economy will contract by 18.3% in the June quarter, compared to 3.1% growth in the previous quarter, the worst performance in at least eight years.

The same economists predict a contraction of 8.1% and 1.0% in the September and December quarters respectively, which would dash any hopes of an economic recovery this year.

India has reported over three and a half million cases of the novel coronavirus - third behind only the United States and Brazil.

Continuing restrictions on transport, educational institutions and restaurants - and weekly lockdowns in some states - have hit manufacturing, services and retail sales, while keeping millions of workers out of jobs.

Shilan Shah, India economist at Capital Economics, Singapore, said in a note on Friday the economic damage caused by pandemic-related lockdowns was much worse in India than any other country in Asia.

“Timely indicators show that the post-lockdown recovery is now stalling, underscoring the long and difficult road ahead for India’s economy,” said Shah, who is predicting a 15% contraction in June quarter.

Some private economists said the fiscal year that began in April could see a contraction of nearly 10%, the worst performance since India won independence from British colonial rule in 1947.

Prime Minister Narendra Modi announced a $266 billion stimulus package in May, including credit guarantees on bank loans and free food grains to poor people, but consumer demand and manufacturing are yet to recover.

The Reserve Bank of India, which has reduced the benchmark repo rate by a total of 115 basis points since February, kept rates on hold earlier this month amid rising inflation.

Policymakers said federal and state governments are unable to increase spending, following a more than 40% fall in tax receipts in the June quarter.
However, following normal monsoon rains the farm sector, which accounts for 15% of economic output, may give hope that rural economy will be able to support millions of migrant workers, who returned to their villages from the cities when the lockdown began.