Niti Aayog has given its approval for the expansion of banking services in remote rural areas of Bastar. 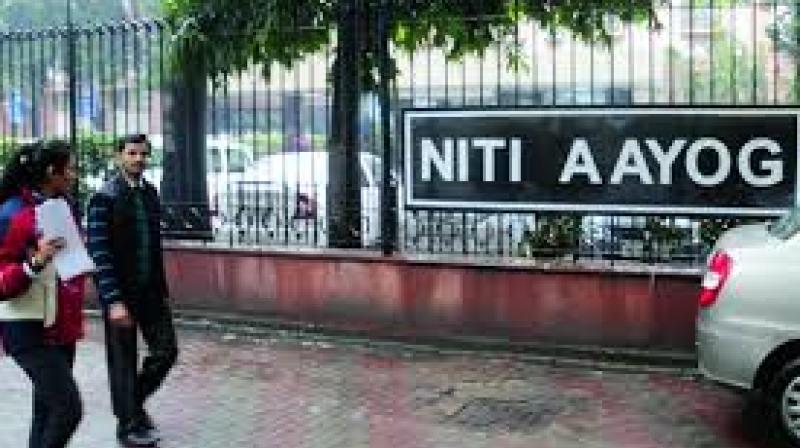 Bastar is one of regions of the state severely affected by Naxalite activities.

Bastar is one of regions of the state severely affected by Naxalite activities. The approval was given at a meeting held here on Tuesday attended by senior officials led by Chhattisgarh Chief Secretary Ajay Singh, Niti Aayog Vice Chairman Rajiv Kumar, its CEO Amitabh Kant and senior officials of select central government departments, it said.

The "in principle" approval is for the construction of an additional 600km of roads in Bastar under the Rashtriya Road project 2 and sanctioning Rs 65 crore for the expansion of telecom services to increase connectivity in remote areas, the release said.

The amount will be utilised for increasing connectivity between districts and development blocks in Bastar and expedite the execution of 402 towers in the first phase and 1,028 telecom towers in the second phase of operations.

In a bid to strengthen the education system, "in principle" approval was also given for declaring 10 Maoist- affected blocks as educationally backward.

The Niti Aayog has given its approval for the expansion of banking services in remote rural areas of Bastar and the Department of Financial Services has said it would immediately take the matter up with the banks concerned to ensure that 88 new branches were opened in these areas, the release said.

Houses will also be provided under the 'Pradhan Mantri Awas Yojana' to 1,555 surrendered Naxalites and whose names do not figure in the 2011 socio-economic caste census, it said.

The Kerosene quota of Chhattisgarh will be maintained at current levels till agencies of 26 new LPG distributors gets operational in Bastar under the 'Pradhan Mantri Ujjwala Yojana', the release said.

The Vice Chairman of the Aayog has asked various departments of the Centre to ensure the speedy implementation of these proposals, it said.