Rupee sinks to lowest ever level, 68-70 is new normal

The rupee has fallen by 10 per cent this year so far — making it the worst-performing currency in Asia. 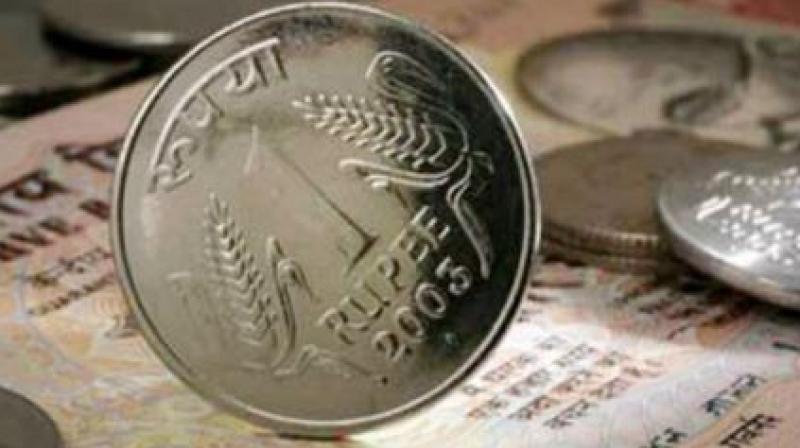 The rupee previously had closed at a record low of 70.16 to the dollar on Monday.

Mumbai: The rupee on Wednesday crashed by a staggering 49 paise or 0.70 per cent to close at a historic low of 70.59 against the US currency due to strong month-end dollar demand from oil importers and foreign fund outflows.

It was the biggest single-day crash since August 13 when the unit crumbled 110 paise or 1.6 per cent. The rupee previously had closed at a record low of 70.16 to the dollar on Monday.

The slide was triggered by factors like crude prices hitting multi-month highs fuelled by supply shocks along with concerns over widening current account deficit.

The weakening of the rupee would lead to an increase in the prices of all imported goods, including petroleum products like petrol and diesel.

The Indian currency collapsed to another record low of 70.65 during the day as investors finally hit the panic button after reports highlighted risks of India breaching the 3.3 per cent fiscal deficit target for 2018-19.

The rupee has fallen by 10 per cent this year so far — making it the worst-performing currency in Asia.

Responding to the weakening of the rupee, the government said it is likely to remain in the range of 68-70 to the dollar.

“There is some small mismatch in demand and supply which plays one way or the other depending upon the view that operators take. But some changes have happened which are material. Foreign portfolio investors took out $9 billion from the country in the first three months,” economic affairs secretary S.C. Garg said while replying to queries on rupee value.

He said “68-70 is the level the rupee would mostly remain... But considering fundamental supply of dollars and the demand it should be fair to assume that that might be the level on an average during the year.

“Focus will now shift to India’s GDP and fiscal deficit data due to be released on Friday. A near-term range for the rupee is 70.20 and 70.75,” Rushabh Maru, Research Analyst, Anand Rathi Shares and Stock Brokers.

Reversing its brief recovery trend, the rupee resumed with a gap-down at 70.32 compared to Tuesday’s close of 70.10.