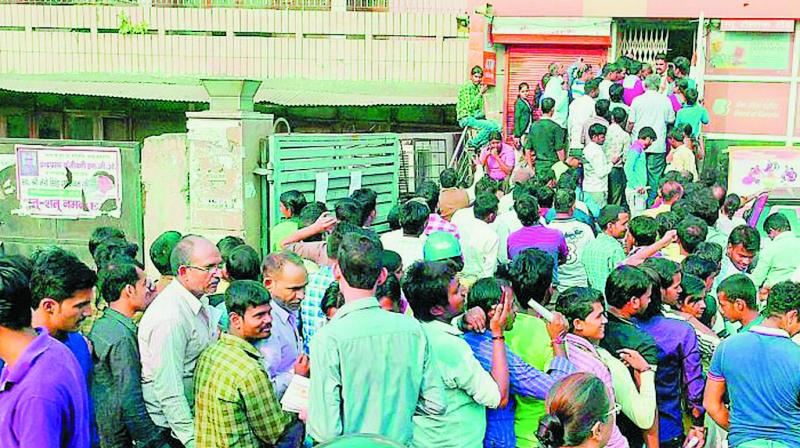 Mumbai: The Reserve Bank of India (RBI) on Wednesday said that almost all the high denomination currency notes invalidated as part of the governments crackdown on black money in November 2016 were deposited back into the banking system.

After nearly two years of intense scrutiny and verification, RBI in its annual report stated that the total specified bank notes (SBN) returned from circulation is Rs 15,310.73 billion, which is 99.3 per cent of Rs 15.4 trillion demonetised on November 9, 2016. An amount of Rs 10,720 crore in demonetised currency notes were not returned as of June 30, 2018.

The government’s initial assumption was that about 25-30 per cent of the cash in circulation would be unaccounted money and will not return to the formal banking channels.

“The SBNs received were verified, counted and processed in the sophisticated high speed CVPS for accuracy and genuineness and shredded and briquetted in the Shredding and Briquetting system. The processing of SBNs has since been completed at all centres of the Reserve Bank. The total SBNs returned from circulation is Rs 15,310.73 billion,” RBI said in its 2017-18 annual report.

The process involved working in two shifts under strenuous conditions, maintaining detai-led records and planning effectively without compromising on other functions of currency management, RBI added.

RBI said the matter relating to exchange of SBNs held by certain District Central Cooperative Banks (DCCBs), which could not be accepted by RBI is pending before the judiciary. “Payment of the value of such SBNs is subject to the orders of the honourable court,” the central bank said.