80 per cent items in GST within 18 per cent rate

Unbranded food staples including vegetables, milk, eggs and flour will be exempt from GST along with health and education services. 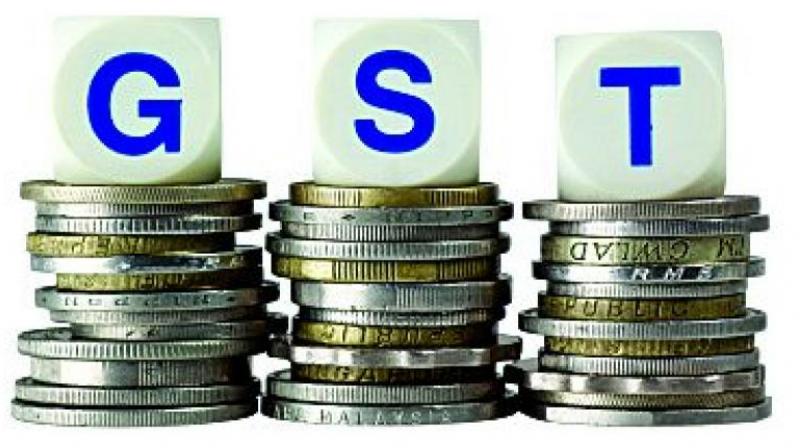 New Delhi: The landmark Goods and Services Tax will not alter the prices of essentials and daily use items like salt and soaps as they have either been exempt or tax on them has been kept at the current level.

Unbranded food staples including vegetables, milk, eggs and flour will be exempt from GST along with health and education services. Tea, edible oils, sugar, textiles and baby formula will attract only 5 per cent tax. These essential and daily use items make up for about 80 per cent of the goods used.

Luxury items including motorcycles, perfume and shampoo, which account for about 19 per cent of all taxable items, will be taxed at 18 per cent or higher. GST, the biggest tax reform since Independence, will unify 16 different central and state taxes like excise, service tax and VAT, to create a uniform rate of tax across the country from midnight tonight.

"For small businesses, we have composition scheme. It is very simple," Adhia said.

"GST a boon for households 81 per cent of items to fall below or in 18 per cent GST slab," it said.

Butter, ghee, almonds, fruit juice, mobiles and umbrella have been placed in 12 per cent tax bracket while 18 per cent rate would be levied on hair oil, toothpaste, soap, ice cream, and printers.

The highest tax of 28 per cent will be levied on chewing gum, chocolates, custard powder and waffles containing chocolate. Besides, cars, aerated drinks, AC, refrigerators and capital goods and all industrial intermediaries will attract the highest rate.

The new tax regime, to be effective midnight tonight, will replaces the messy mix of more than a dozen state and central levies built up over seven decades, with a one national GST unifying the country's USD 2 trillion economy with 1.3 billion people into a common market.

GST will require businesses to file their returns online, for which the company providing the IT backbone GST Network has been working on the modalities.

The returns are to be uploaded once a month by retailers following which the return form are to be matched for availing input credit and thereafter the computer will generate the tax liability.

"Today Income Tax returns are also filed online, so nothing is impossible, it is easy," Adhia said.