Business   Economy  30 May 2020  Even before Covid19, India's economy was slumping
Business, Economy 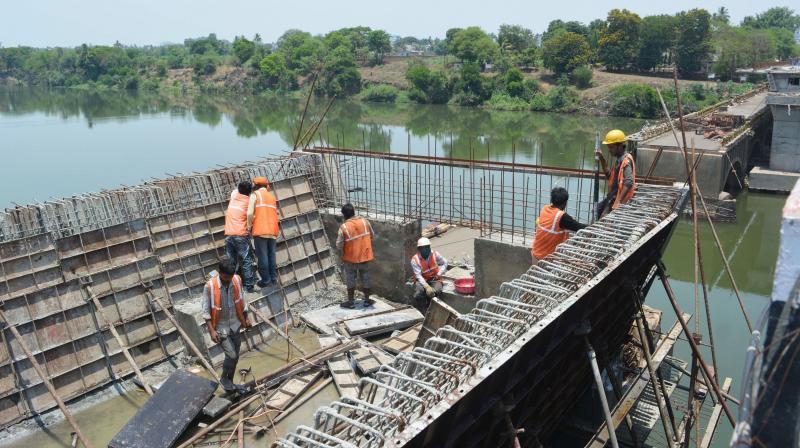 New Delhi: The Indian economy was in its worst phase even before the coronavirus outbreak, with growth in the gross domestic product (GDP) falling to a 11-year low of 4.2 per cent in 2019-2020. The economy grew by 3.1 per cent in the January-March quarter of 2019-2020, against 5.7 per cent at the same time a year ago, the slowest growth in at least eight years.

According to National Statistical Office data, the manufacturing sector has grown merely by 0.03 per cent in FY 2019-20 compared to 5.7 per cent in the previous year. The growth of the construction sector, which is responsible for a spillover effect on several other industries, too declined to 1.3 per cent.

The data comes a time when the country is likely to enter Lockdown 5.0, with a few exemptions, to curb the spread of coronavirus infections. Hit by the lockdown of over two months, many businesses, reeling due to the worst slowdown, shut operations, leading to lakhs of job losses.

“Due to a 2.8 per cent contraction in investment and 3.6 per cent fall in exports, real GDP growth has fallen to 4.2 per cent in 2019-20, which is the lowest since 2008-09 when it was 3.1 per cent. On the output side, there has been a fall mainly in manufacturing, construction as also in the two heavyweight service sectors — trade, hotels, etc, and financial and real estate services,” said D.K. Srivastava, EY India’s chief policy adviser.

“India is thus facing a problem of falling investment and savings and an acute problem of Covid-induced lockdown. In 2019-20, gross capital formation at current prices, as a proportion of GDP, has fallen to 29.7 per cent of GDP. By implication, the saving rate is estimated at 28.7 per cent in 2019-20. At the same time, its fiscal capacity to combat these challenges is weakened due to sharply contracting tax revenues of the Central government. In 2020-21, the growth outcome will depend on the balance between the positive contribution of agriculture and public administration and defence services, and the subdued performance of manufacturing, construction and the two heavyweight service sectors,” he explained.

Weather forecasts for normal monsoon rains offer hope that the rural sector can help support millions of migrant workers who returned to their villages from the cities when the lockdown began.

Hitting out at the BJP government, Congress leader P. Chidambaram said he predicted Q4 GDP growth would touch a new low at below four per cent. “It has turned out to be worse at 3.1 per cent. This is pre-lockdown. Of 91 days of Q4, the lockdown applied to only to seven days. It’s a telling commentary on the BJP’s economic management,” Mr Chidambaram said.