US Fed leaves interest rates near zero, to use full range of tools to help economy

In its statement, the Fed said it is "committed to using its full range of tools to support the US economy in this challenging time” 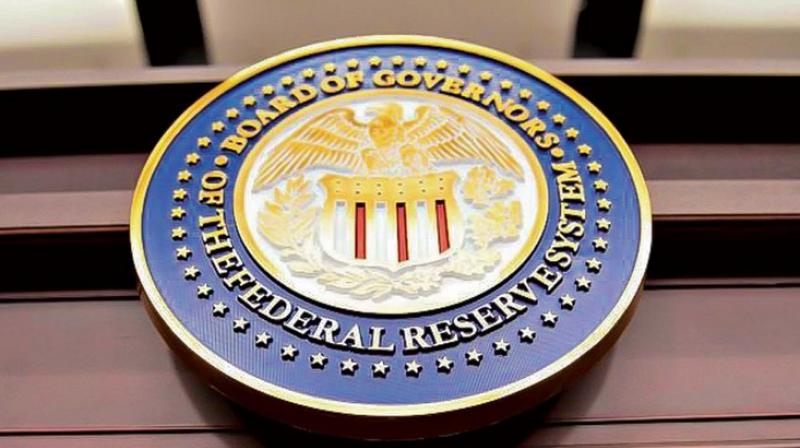 Washington The Federal Reserve signalled Wednesday that it will keep its key short-term interest rate near zero for the foreseeable future as part of its extraordinary efforts to bolster an economy that is sinking into its worst crisis since the 1930s.

As part of its emergency steps, the Fed said it will also keep buying Treasury and mortgage bonds to help keep rates low and ensure that companies can lend easily to each other amid a near-paralysis of the economy caused by the coronavirus.

It did not specify any amounts or timing for its bond purchases.

At a news conference, Chairman Jerome Powell cautioned about any prospects for a swift or a robust economic recovery, saying, "I would say that it may well be the case that the economy will need further support from all of us if the recovery is to be a strong one."

Powell suggested that given the depth of the US economic catastrophe, with perhaps 30 million people having lost jobs in the past six weeks, it will "probably will take some time for us to get back to a more normal level of employment and ultimately maximum employment."

The chairman and the Fed itself sought to provide reassurance, though, that their aggressive intervention could help mitigate the vast damage to the economy and to millions of workers.

In its statement, the Fed said it is "committed to using its full range of tools to support the US economy in this challenging time.” The viral outbreak and measures to contain it," the statement noted, are “inducing sharp declines in economic activity and a surge in job losses.”

Under Powell, the Fed is confronting a deeply perilous moment for an economy that had looked robust just a few months ago. Since the virus struck with full force last month, widespread business shutdowns have caused roughly 30 million workers to lose jobs. As layoffs mount, retail sales are sinking, along with manufacturing, construction, home sales and consumer confidence.

In its statement, the Fed also raised concerns about slowing inflation, which is likely to sink further below its 2 percent target level in the coming months. "Weaker demand and significantly lower oil prices are holding down consumer price inflation," the statement said.

During two emergency meetings in March, the Fed cut its benchmark rate to a range between zero and 0.25 percent. It has also announced nine new lending programs to pump cash into financial markets and provide support to large and medium-sized businesses as well as cities and states.

The Fed's statement provided no additional details about its actions. It said it will keep its rate at nearly zero “until it is confident that the economy has weathered recent events and is on track to achieve its maximum employment and price stability goals.” That's the same language it used in its previous statement last month.

Nor did the Fed provide details about the pace of its purchases of Treasury and mortgage-backed securities. It has tapered those purchases recently as markets have calmed. But earlier this month, it bought as many Treasury securities in a day as it did during an entire month in the 2008-2009 Great Recession.

The Fed's statement came on the same day that the Commerce Department released grim news about the economy: Economic output shrank at a 4.8 percent annual rate in the first three months of the year the worst showing since the Great Recession struck near the end of 2008.

The economic picture is expected to grow ever darker, with the economy forecast to contract at a shocking 30 percent to 40 percent annual rate in the April-June quarter. The unemployment rate could reach 20 percent when April's jobs report is released next week.

The central bank has already slashed its benchmark interest rate to near zero and escalated its purchases of Treasury and mortgage-backed securities to pump cash into financial markets to smooth the flow of credit. It has also said it will buy corporate bonds and lend to states and cities — two actions it has never previously taken.

As economic activity has collapsed, inflation has also begun to fall. Economists expect it to drop below 1 percent by next year, far under the Fed's 2 percent target level. That poses another problem for the Fed: Declining prices can eventually lead consumers to delay spending, thereby slowing the economy further.