Aadhaar-PAN linking deadline is not July 1; here's the process

The linking of Aadhaar and PAN is set to become mandatory from July 1 and not before it. 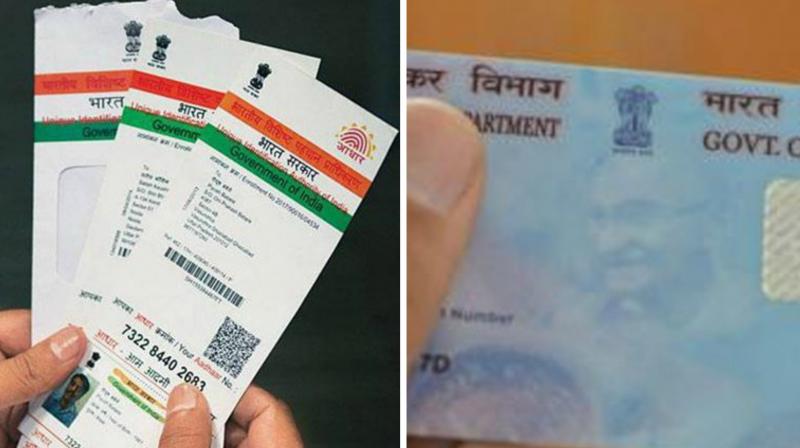 Mumbai: Here’s some relief for people who have been hyperventilating about linking their Aadhar with PAN, what with the income tax website crashing. The linking is set to become mandatory from July 1 and not before it.

If one is unable to link their Aadhaar and PAN before July 1, their PAN will not be rendered useless. According to Section 139AA of the Income-tax Act says: "Every person who has been allotted permanent account number as on the 1st day of July, 2017, and who is eligible to obtain Aadhaar number, shall intimate his Aadhaar number to such authority in such form and manner as may be prescribed, on or before a date to be notified by the Central Government in the Official Gazette: Provided that in case of failure to intimate the Aadhaar number, the permanent account number allotted to the person shall be d deemed to be invalid and the other provisions of this Act shall apply, as if the person had not applied for allotment of permanent account number."

The government is yet to declare a date after which PAN will be invalid without linking with Aadhaar.

As enshrined in the Finance Act, 2017, the quoting of the 12-digit unique identification number will become mandatory for filing income tax returns.

Here is how you go about the process:

Step 1: The I-T department’s email from its e-filing team says a new feature available on the website does not require the user to register or login. This feature can be used by anyone to link their Aadhaar with PAN. This is the link to the website: incometaxindiaefiling.gov.in

Step 2: Once you are on the I-T Department's e-filing website, click on the new 'Link Aadhaar' option visible in red, on the left hand side, just below the blue “I Am..” box. 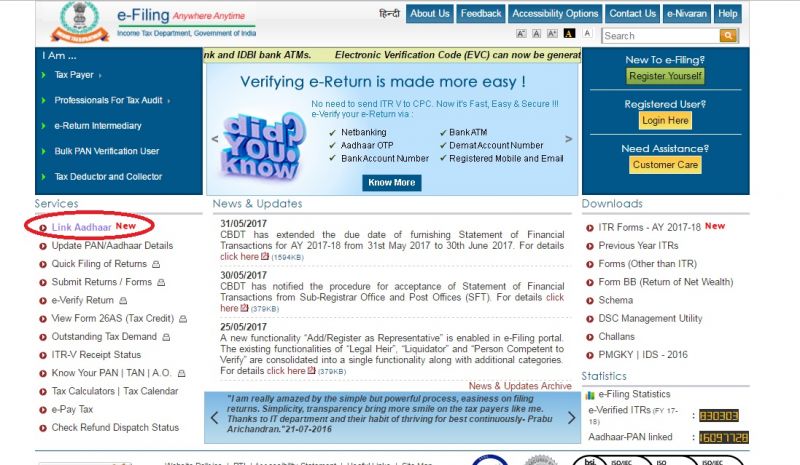 Step 3: You have been directed to a page that requires you to fill in your PAN, Aadhaar No. and name (as is exactly mentioned in their Aadhaar cards, sans any mistake) in the respective fields. Hit 'Submit'. The linking will be confirmed after you receive a verification from UIDAI.

Caution: Ensure that the date of birth and gender in PAN and Aadhaar are exactly the same. The linking will not take place in the event of any mismatch.

Step 4: Once your validation is successful, your Aadhaar will be successfully linked to your PAN. A pop-up will appear, confirming the same.

Linking PAN and AADHAAR via SMS