The government has reiterated its commitment to narrow down the fiscal deficit to 3.2 per cent for fiscal 2018. 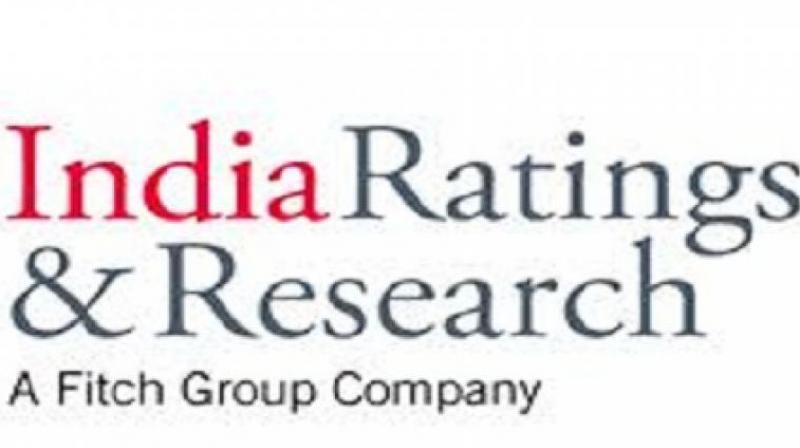 However, the collection of taxes under the GST is encouraging and likely to further improve revenue collection and return filing compliance, it said.

New Delhi: The success in divestments and encouraging GST collections is likely to reduce pressure on the fiscal deficit, said India Ratings and Research on Monday.

India Ratings (Ind-Ra) in a report said that the successful subscription of Bharat-22 ETFs launched last week has helped government move closer to its FY18 divestment target of Rs 72,500 crore and it has raised Rs 52,300 crore by the end of November.

The government has reiterated its commitment to narrow down the fiscal deficit to 3.2 per cent for fiscal 2018.

Ind-Ra said it believes that the government could exceed its capital receipt target in the remaining four months of FY18, depending on ONGC’s acquisition of the government stake of 51.11 per cent in Hindustan Petroleum (HPCL).

The agency said that the disinvestment strategy has the potential to generate Rs 1 trillion and provide buffer against lower surplus transferred by the Reserve Bank of India and the likely shortfall from the telecom sector.

While the states are expected to benefit from a committed 14 per cent growth in state revenue following the implementation of GST, Ind-Ra said it believes the central government’s finances are likely to have an adverse impact of Rs 110 billion.

However, the collection of taxes under the GST is encouraging and likely to further improve revenue collection and return filing compliance, it said.

“Ind-Ra believes front-loading of capex, which resulted in faster capex growth in the initial months of FY18, is now slowing down.

At the same time, proposed bank recapitalisation and Bharatmala Pariyojana would not entail any additional budgetary allocation in FY18. It believes the expected revenue shortfall can be covered by higher non-debt capital receipts; however, this will not create fiscal space for additional spending, it added.